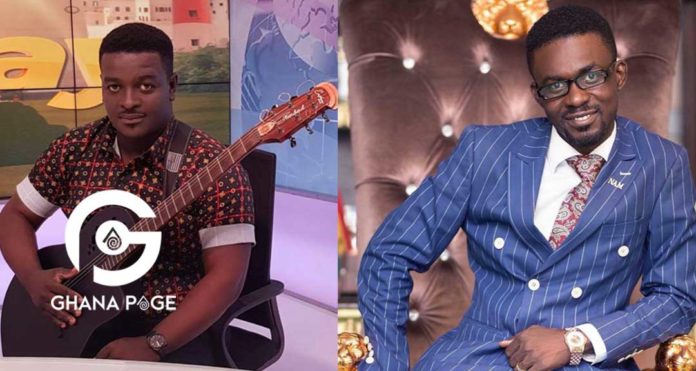 In the midst of financial crisis and social upheaval caused by gold dealership company Menzgold boss, Nana Appiah Mensah aka NAM1 one of the beneficiaries of ‘poor Ghanaians sweat’, has issued a statement saying the troubled ‘millionaire’ shall rise again.

Kumi Guitar, a school mate of NAM1 and one of the signees of Zylofon music for some time now has been making hashtag posts giving hope about the rise of Nana Appiah Mensah. It is believed Kumi Guitar introduced NAM1 into the music industry.

Being a close confidant of NAM1, it is not clear what information he is privy to that the general public is not aware but Kumi Guitar is sure that Nana Appiah Mensah who was once called “Jesus Of Our Time” by artist and repertoire manager at Menzgold, Bulldog will bounce back stronger.

And Kumi Guitar is not only raising the hope of fans of the young millionaire on social media through hashtags, but he has also been going on radio and TV tour for days now spreading the message of hope.

Boss of Zylofon Media, Nana Appiah Mensah is also the CEO of embattled Gold dealership company, Menzgold who has recently been declared wanted by the Ghana Police service.

Warrant for the arrest of NAM1 and all the other board members were issued by an Accra Circuit Court yesterday, 9th January 2019.

Share
Facebook
Twitter
WhatsApp
Previous article‘I’m ready to date every man that comes my way in 2019’ – Princess Shyngle reveals
Next articleHustle hard to get here, Shatta Wale said as he flaunts his and Michy bedrooms on social media