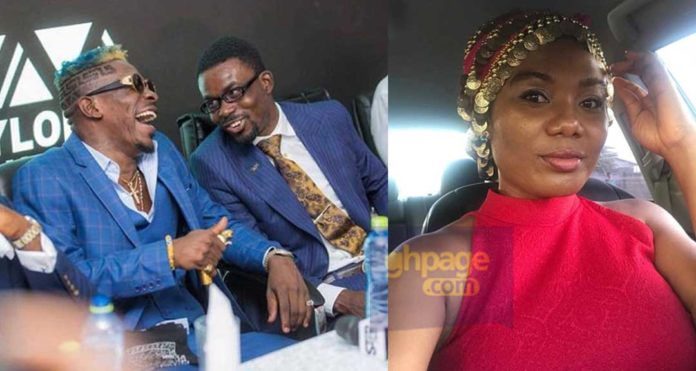 Television personality, Bridget Otoo has burst alert over what she described as a secret operation being started by the Menzgold CEO.

According to the popular TV presenter, Nana Appiah Mensah has started paying investments of police and military officers whose monies have been locked up with the company.

Read Also: Police hunting for Pastor whose church member drowned during a baptism at Weija

In a string of tweets, she disclosed that the National Security is aware of the cause and instead of going for NAM1, they have taken other customers for granted and sorting names in order to pay them.

“Menzgold Ghana Limited has asked the Police and The Military to collate officers whose monies are locked up to begin payment. NATIONAL SECURITY PAAAAA instead of asking for the contract of personnel.. Why not go and grab the guy at the top? Let him show u where the money is and pay everyone and not some officers”, she stated in the tweet.

Read Also: Government should help us-man who has lost GH¢2 million to Menzgold

It is not known if Bridget Otoo has investments with the company but observed Menzgold is engaging in secret payment probably to avoid the wrath of the security agencies who may come after them.

“Why are police and military officers the ones to receive payments? Are all the clients not important? It’s obvious Menzgold is afraid of the uniformed officers who could pick guns and destroy their property.

“Menzgold probably thinks their “NON – UNIFORMED” customers are stupid. If not how do you decide that the police and military customers deserve to be paid but others can be taken for granted.

Read Also: 6 Menzgold customers arrested for an attempt to lock up Zylofon office

“What Menzgold should not forget is that even if they pay the police and Military officers, the anger of the thousands whose Monies remain locked up cannot match any gun-wielding officer,” Bridget added.

Read all her tweets below… 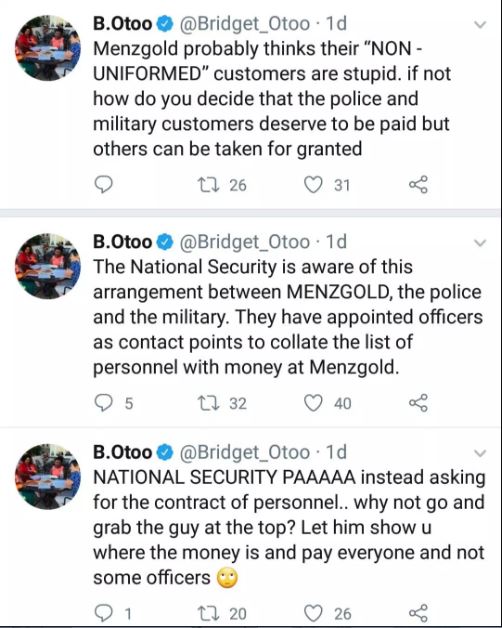 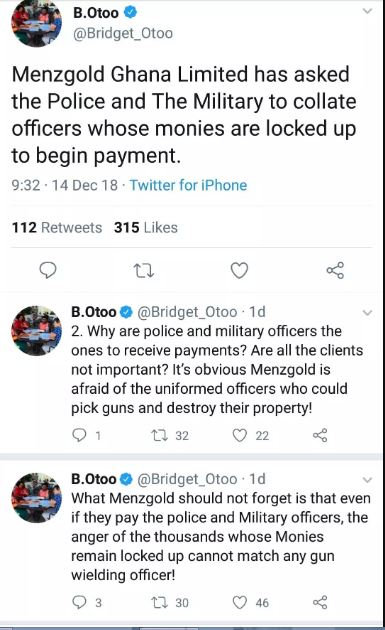