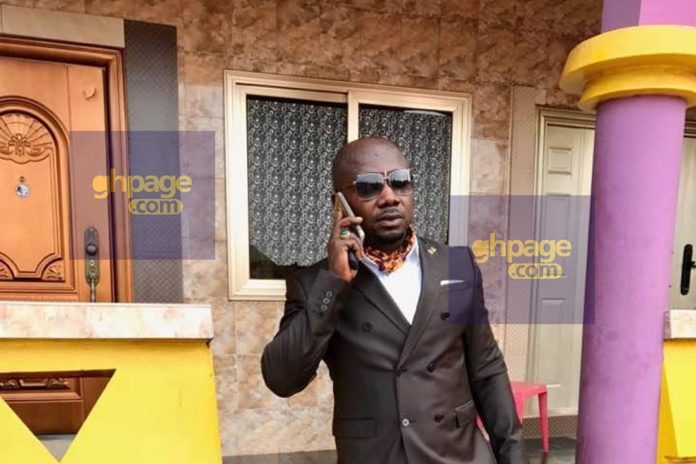 Alleged baby Richard Brown has hit back at those criticising him for claiming paternity over Nana Aba Anamoah’s son.

According to him, those who cannot say good things about him should just “shut up”, rather than attack him.

Also Read: Details: How The Man Who Impregnated Nana Aba Anamoah Denied The Pregnancy And Even Threatened To Deal With Her

The businessman has made the headlines some few days ago after he boldly claimed to have fathered the son of GhOne broadcaster, Nana Aba Anamoah who is called Paa Kow Anamoah.

Richard Brown surprised many social media users after he made the revelation of being the father of Paa Kow Anamoah with many asking where he has been all these years.

In a post that has since been the talk of town, he wrote: “Daddy loves you so much my son. God knows I really do son.”

He continued with several other related posts, reaffirming that he is the “real” father of the boy and that his claims are “true”.

However, he was slammed by several Ghanaians for abandoning his parental duties only to resurface to reap where he did not sow.

This follows reports that Richard Brown refused to claim ownership after impregnating Nana Aba whiles she was still a naïve SHS girl.

But in a bold move, the businessman has rejected such criticisms, opting to slam his detractors in return.

In a Facebook post, Richard Brown hit back at his critics, insisting those who cannot say good things about him should just shut up.

Also Read: Here Are More Unseen Photos Of The Man Who Vanished After Impregnating Nana Aba Anamoah Several Years Ago

“My secret is my power and if you can’t say anything good about me, [then] you better shut up!” he posted.

Nana Aba has, however, so far refused to comment on the matter despite the subject continuing to gain weight in the media.

SEE MORE: Kelvynboy Shares His Sad Story Of How His Father Abandoned Him Even After His Mum’s Death