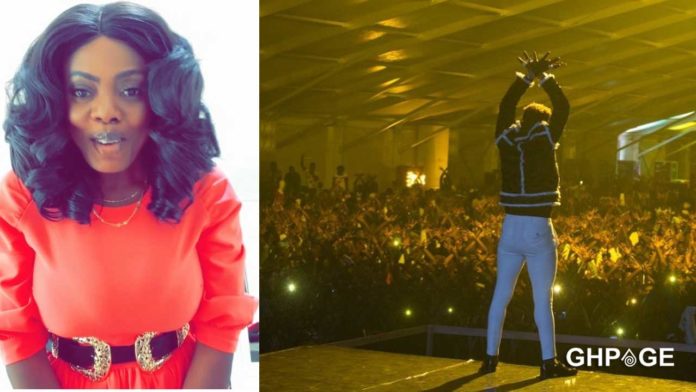 Celebrated Broadcaster and the official PRO for Tema-based rapper Sarkodie Nana Aba Anamoah has applauded Dancehall act Shatta Wale for filling the Dome to capacity during the launch of his “Wonder Boy” album with the Reign concert.

It’s no undeniable fact that Shatta Wale has one of the biggest fan bases in Africa and last Saturday he proved that filling every available space inside the Fantasy Dome at the International Trade Fair Centre was filled to capacity.

As you would have it, some people and haters of artiste have said Wale could not fill the whole Dome as there were some visible vacancies at some vantage places.

But Nana Aba Anaomah who was present at the venue took to her social media handle and praise the ‘Gringo’ singer for chopping such fate.

She posted: “Shout out to the losers sitting on twitter claiming low attendance and other nsemfoo. You either need to get a life or start using your brain small. Gyimie no d))so too much. The dome is packed to the rafters. Deal with your bitter little fingers & one cedi bundle.” 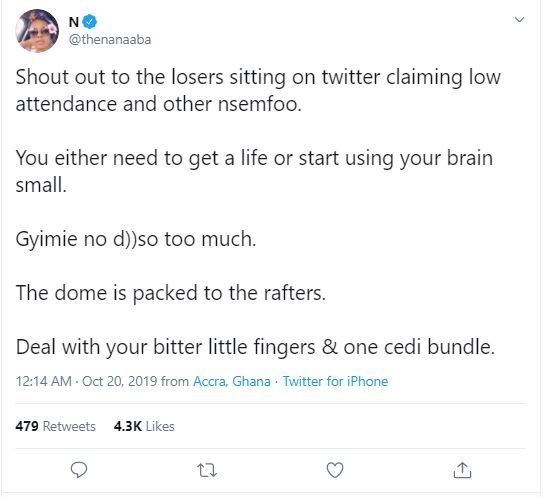 For now, Shatta Wale filled the Dome and until the haters drop video and proofs that still stands.