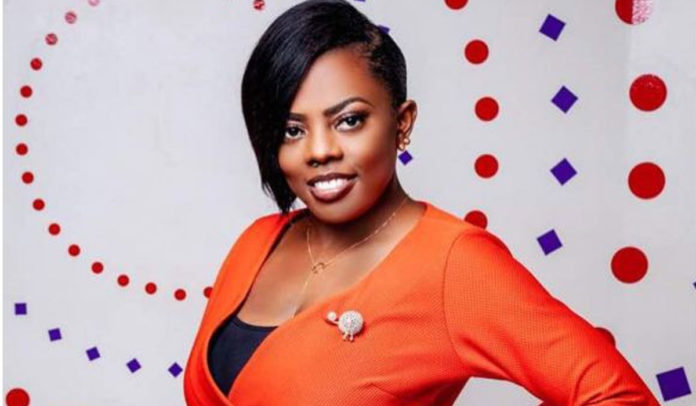 Twitter apparently users had a lot to say about the ace broadcaster. Most of them complained that she was arrogant and unable to stand views which are contrary to hers. They further added that once you interact with her and you appear to have an opposing view on a subject, she blocks you.

One of her victims with Twitter handle @Posterboi_ wrote;

“Nana Aba is the most arrogant female in this country. She can’t stand it when you have a different opinion to hers. She doesn’t want to be opposed. Her childishness is beyond comparison. Tsww”

“Nana Aba is trash..She enjoys criticizing people but when same is done to her, her first response is insults…She hates to be corrected. Some people are worshipping her becos they need jobs and favours from her. Just because she is on TV. Just one Tv station”

Another Twitter user, @JuliusOwusuK also expressed his opinion about the TV personality’s behaviour. He wrote;

“The whole GH celebrities, it’s nana aba she be soft, intolerant and arrogant pass. She doesn’t want to be opposed or can’t stand it when you have a different opinion about something“

Many other Twitter users shared how they were blocked by the TV personality simply because they had opposing views.

READ ALSO: People should stop pressuring me to get married – Nana Aba Anamoah

Nana Aba, on the other hand, seems unperturbed by the attacks from various Twitter users. She even changed her Twitter screen name to “Block Factory” which signifies that she isn’t going to change any time soon. Simply reply to her tweet with an opinion that’s different from hers and you’re blocked.

Do you think Nana Aba is arrogant and unable to withstand views that are contrary to hers? Leave your thoughts and comments in the comments section.