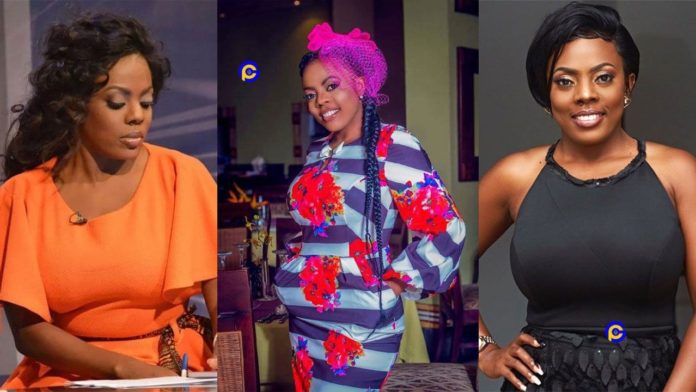 Popular media personality Nana Aba Anamoah has revealed how her best friend planned on destroying her eight years ago.

The news anchor after she won the Radio and Tv personality of the year at the just ended RTP Awards dedicated her award to this best friend who had intentions of killing her.

Nana Aba Anamoah took to Instagram to reveal this surprising secret explaining how her best friend took her pictures and other presents she gave to her to a juju woman.

According to Nana Aba, her best friend did this evil act with the intention of ending her career and to destroy her.

Nana Aba Anamoah further stated that the juju woman decided to go against the plan and later informed her about the evil intentions of her friend.

In a post Nana Aba Anamoah shared on Instagram, it can be deduced that the best friend is also a media personality.

She wrote; “Last night, I was named the TV Development show host of the year and the biggest of the night, RADIO and TV Personality of the year.
I dedicate this to a best friend from 8 years ago who dragged me and every present I ever got her, to a juju woman to destroy the love and affection Ghanaians, colleagues and bosses had for me at the time. I also dedicate this to the juju woman who decided against it and found a way to bring this to my attention. God loves a clean heart. Sister, I’m happy to see you doing your very best on TV. My biggest regret was not forgiving you early enough. I pray God blesses your efforts with one of these awards soon. I still love you.
To all those who voted for me, YOU ARE PERFECT. Thank you for your part in my journey. I don’t take it for granted.
I think I deserve Kenkey and goat stew this morning ?” 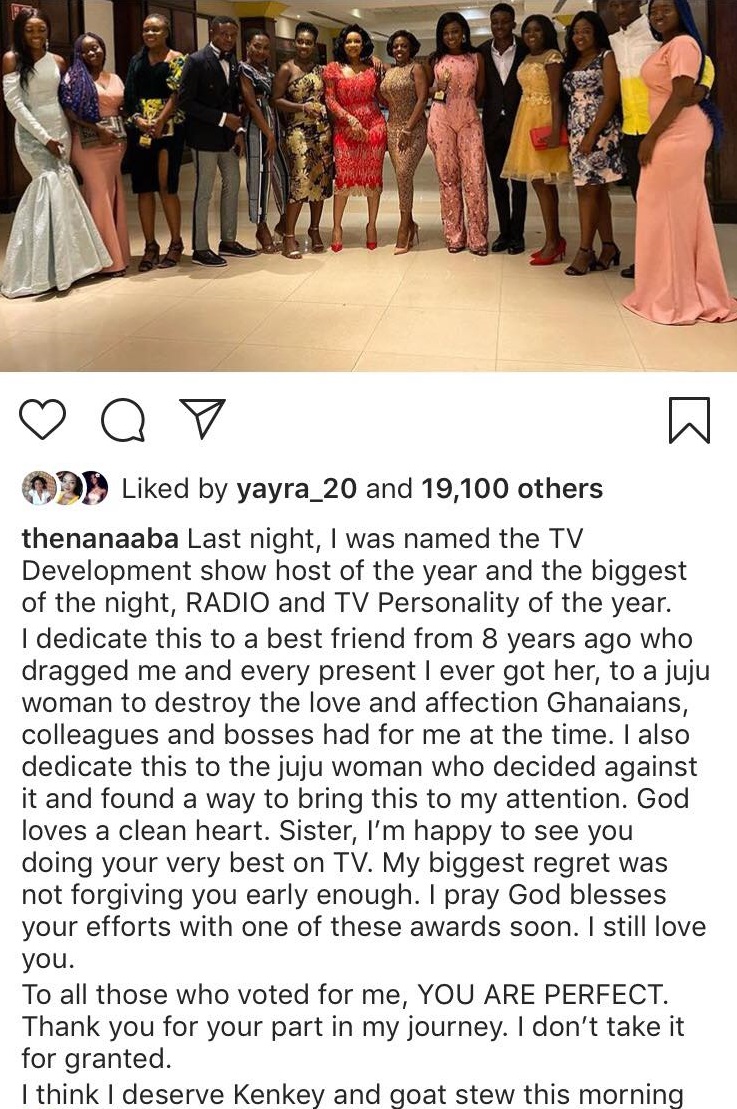 Nana Aba Anamoah who is the News Editor at GhOne TV received two awards; The TV Development Show Host of the year and Radio & TV Personality of the year.

Serwaa Amihere who is also a news anchor at GhOne TV won TV Female Newscaster of the Year.

Share
Facebook
Twitter
WhatsApp
Previous articleSarkodie goes down on his knees while performing at KNUST to thank Kumasi fans for the support
Next articleSlay Queen stripped and murdered in Santasi, Kumasi