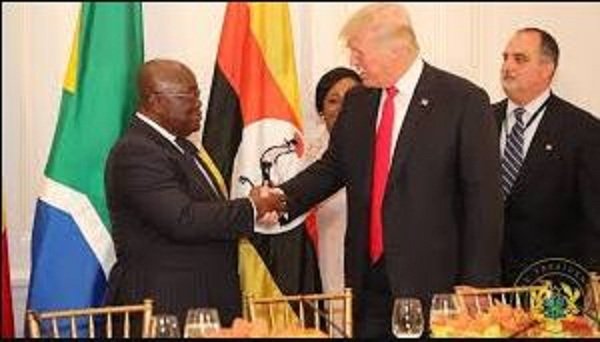 President Nana Akufo-Addo has reacted to comments of President Donald J. Trump, over his recent comments describing the continent of Africa, and the countries Haiti and El Salvador as ‘shithole countries.’

Earlier this week, comments of the US President’s which was seconded by some aids in the white house filled news outlets across the globe which many heads of states have expressed distaste reaction.

The report reads, “The language of US President Donald Trump that the African continent, Haiti, and El Salvador are “shithole countries” is extremely unfortunate. Ghana is certainly not a “shithole country”. We will not accept such insults, even from a leader of a friendly country, no matter how powerful.”

READ ALSO: Trump Yet Referred To African Nations As “Shithole Countries” And We’re In Awe

President Akufo-Addo’s comment follows the displeased reaction from some other personalities in Ghana, who have expressed distaste at the outburst comment of the US President.

Also, former President John Dramani Mahama took to his Twitter handle to describe the word by Trump as an “insult” indicative of the belief that the “racist” president is running a policy of “Make America White Again.”

READ ALSO: Africans on Twitter Respond To President Trump After He Referred To African Countries As ‘Shitholes’ 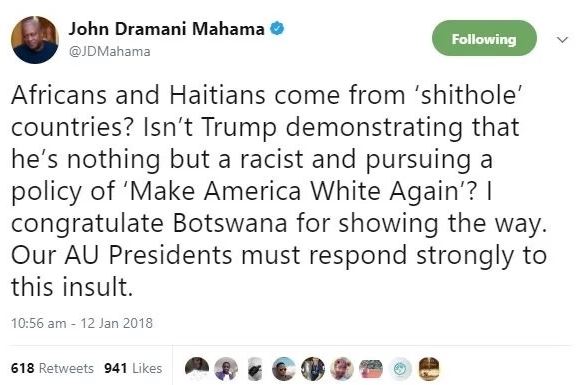 Many Ghanaians including radio host Kofi Okyere Darko, based on the recent conduct of the American President, KOD decided to burn the shirt on behalf of all “Africans and the oppressed around the world.”

Meanwhile, the outrage all over the world builds up, as many people are lambasting the US President and calling for his apology.