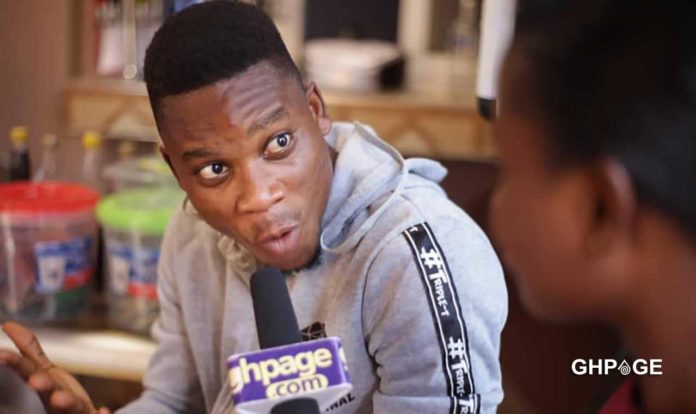 Fetish priestess Nana Agradaa has been accused by Nana Hoahi of Hoahi Reigns kingdom of sleeping with policemen in Sowutuom a suburb in the Greater Accra region.

According to Nana Hoahi, he has a lot of stuff on Nana Agradaa but because she has not stepped on his toes that is why he has remained silent but now that she has made up her mind of attacking her then she should be prepared to face his wreath.

In a video sighted, a visibly angry Nana Hoahi is heard accusing Nana Agradaa of cheating on her husband by marrying a second man without the knowledge of her husband which has even resulted in the fetish priestess giving birth to a daughter who is just three(3) years old.

Not only did he end there as he continued and added that due to the deceit nature of Nana Agrada she has slept with almost all policemen in Sowutuom in other to evade arrest when she successfully dupes her clients.

He further warned that he would personally walk to Nana Agradaa’s house and television studio in Accra and scatter her things and cause havoc should she ever talk about him again on any platform.

It would be remembered that Nana Hoahi after attacking Angel Obinim in one of his videos, got a reply from some female church members as well as his junior pastors.

But Nana Agradaa on her TV programme added her voice to the issue siding with the church members of Angel Obinim and questioned why Nana Hoahi would choose to attack the only ‘Angel’ in the country.