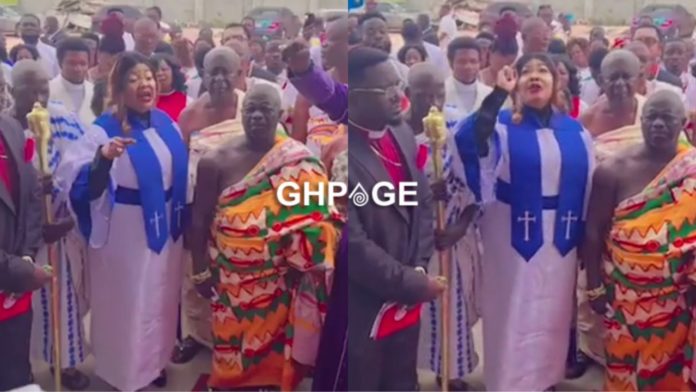 Nana Agradaa aka Evangelist Mama Pat has officially been ordained as an Apostle of Christ.

The former fetish priestess who fully gave her life to Christ some months back after parting ways with her “Abosom” is now an ordained pastor and not only an evangelist.

A couple of videos from the ordination ceremony that has landed on the internet space capture notable men of God such as Computer Man and other powerful gospel ministers.

Nana Agrdaa also used the ordination ceremony to officially unveil her ultra-modern church which is worth almost a million Ghana cedis.

Watch the proceedings of the live program below;

After Nana Agradaa denounced her gods. most Ghanaians thought she was lying but today, we can all attest to the fact that there’s no going back again.