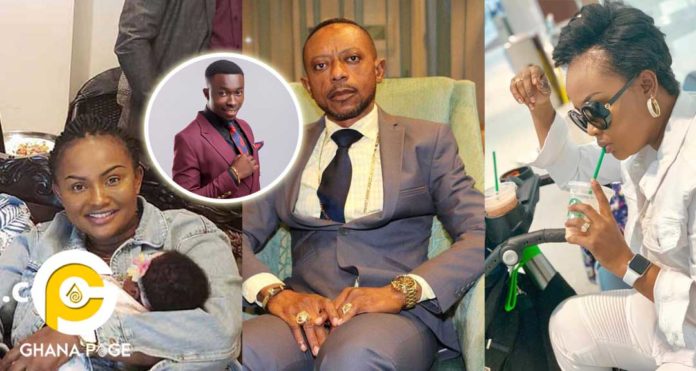 One of the Junior pastors of Reverend Owusu Bempah, the founder and Leader of Glorious Word Ministry International has revealed that God has spoken to him and has also shown him a devasting prophecy about the sensational actress, Nana Ama Mcbrown.

According to the man identified as Nana Adu Berchie, he saw Nana Ama Mcbrown’s daughter die in her arms and she was weeping bitterly.

The so-called man of God and junior pastor of controversial NPP pastor, Owusu Bempah did not prophesy this at church, he did not call Nana Ama Cbrown to tell her, and neither did he in his wisdom try to contact any person related to Mcbrown to deliver his supposed prophesy; no. He went straight to his Facebook wall to post his prophecy about Mcbrown’s child’s death.

Please with all humility let’s all Pray for our dear sister Nana Ama Mcbrown. I saw something die in her arms and she was crying seriously. Please. And all our female actresses.

His Facebook post has generated serious anger among Ghanaians who have spotted this supposed messaged from God to Nana Ama Mcbrown on social media.

You see, over the years, Ghanaian have always condemned Owusu Bempah for prophesying about the death of celebrities in public which he sometimes goes to apologize with them. Recently, he prophesied the death of National Chief Imam.

When the pressure mounted, he went with a huge bull to apologize to National Chief Iman sending the clear indication he lied about the prophecy. He was condemned for giving the prophecy publicly.

It, therefore, beats imagination that the same God who gave Owusu Bempah’s Junior Pastor the prophecy could not add Macbrown’s contact him to call and deliver the prophecy. Or did God tell him to deliver the message on Facebook?.

It is no secret the Nana Ama Mcbrown has sought for a child for several years. Many of her fans were worried about her inability to have a child will affect her marriage only for God to smile on her this year.

So for a so-called man of God to come from nowhere just to pronounce death on the innocent child is as stupid as it sounds and every reasonable person will condemn this in no certain terms.

Too many hungry pastors in Ghana lately and they are all desperate for attention. It is sad that such a young man who is probably less than 30 years and may not even have a child could descend so low for attention. For all you know he is not even married yet…sad!!