Nana Ama McBrown fires Mzbel over her husband; she replies 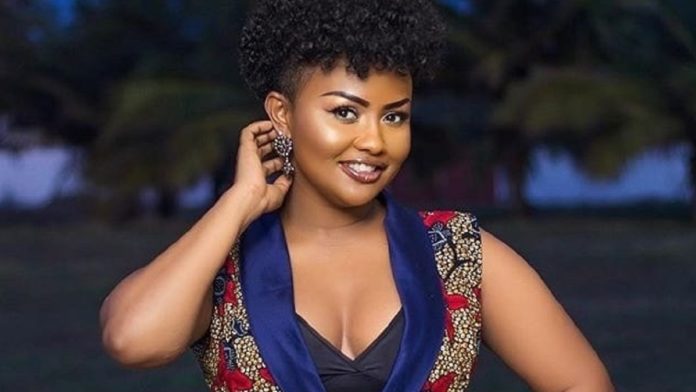 Renowned Ghanaian actress Nana Ama McBrown has indirectly fired shots at musician Mzbel over recent comments she made about her husband, Maxwell Mensah.

The actress in an Instagram post sighted by Ghpage.com is obviously not making way for enemies to ruin her happy marriage.

ALSO READ: Mcbrown’s husband proposed marriage to me but I turned him down -Mzbel

The actress shared a picture of herself with Countryman Songo with the caption; “Fire ? Burn All Dem Haters This Month #MoreFire@countryman_songo #FireMan#Empress #GhettoHero #August#Winning #Month”.

In reacting to this, Mzbel stated that she cannot comprehend why people want her to remain silent about her relationship with Maxwell.

According to Mzbel, she wasn’t raised to not voice out her opinion and that if she feels she has something to say, she will voice out.

“If I am on a platform and they ask me about something I can’t say no comment. I am a grown woman if you ask me something right now and I know something about it, I will say it the way I feel it is.

I don’t care how people feel, if you don’t want an honest answer from me then don’t ask. I wasn’t raised like that, I am not bitter but if I wanted to marry Maxwell I would have done that”, Mzbel stated.

It can be recalled that the “16 years” hitmaker in a recent interview disclosed that she was in a relationship with Nana Ama McBrown’s husband and even proposed marriage to her but rejected the proposal because she wasn’t ready for marriage.

She also later stated that Nana Ama McBrown’s husband, Maxwell is a bad kisser and didn’t enjoy it when they kissed.