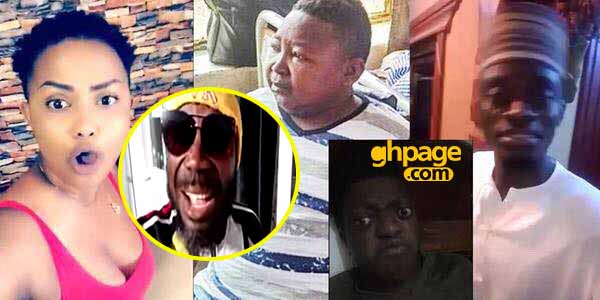 Popular Kumawood actor Joseph Nana Osei Kofi, widely known as Wayoosi has released a banger titled ‘Testimony’ and people just can’t hold their nerves but to jam to it.

The song which is gaining airplay talks about how his suffering in life but how amazingly God has seen him through giving him joy at the end.

Remember somewhere in 2016 the diminutive actor was declared dead by the media which he expressed his frustrations about it.

Contrary to the reports, the actor cleared the air saying he was admitted at the Komfo Anokye Teaching Hospital (KATH) but not dead as people thought and heard.

The Kumawood star later revealed that he asked God to take his life because he wasn’t sure he’ll survive”.

According to him, he had heard that few people survive during his situation so he wanted to die to save his family from spending a lot of money on him.

read this: I was once punished for singing VIP’s song in church – Kwesi Arthur

He further revealed that before his kidney problem in 2016, which nearly took his life, he was one of the few Ghanaian celebrities who live an absurd lifestyle.

According to him, he could drink eight (8) bottles of Guinness in a day and that was even after taking in other beverages with low alcoholic content; all these added to inspire him to bring out such inspirational track.

Below is a video of popular Kumawood actors and actresses jamming to his new song.