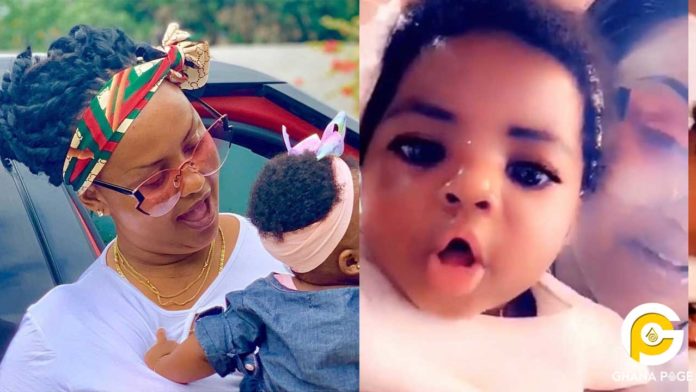 According to the actress, it’s her priority to give her daughter a solid foundation and also ensure that she gets the education she (Nana Ama McBrown) failed to have.

The actress also revealed that she actually gave birth on 21st February but not in March as purported by the media.

She explained that she decided to be silent about the birth of her child for a month before releasing the photos.

The award-winning actress further stated that she will disclose the face of her daughter when she is one year.

“Already she has about two endorsements deals. I have told them that they have to wait till she is one-year-old.

I actually gave birth on 21st February 2019 and released the pictures on 7th March 2019. I want her to be a year before I show her face. I can’t hide her forever. At least she’ll go to school”, the actress disclosed.

Nana Ama McBrown and her husband welcomed their first child early this year after almost four years of marriage.

After the birth of the child known as Baby Maxin, the actress disclosed how she has been trying to conceive for 19 years but to no avail.

According to the actress, even after the birth of her daughter, some had doubts about it.