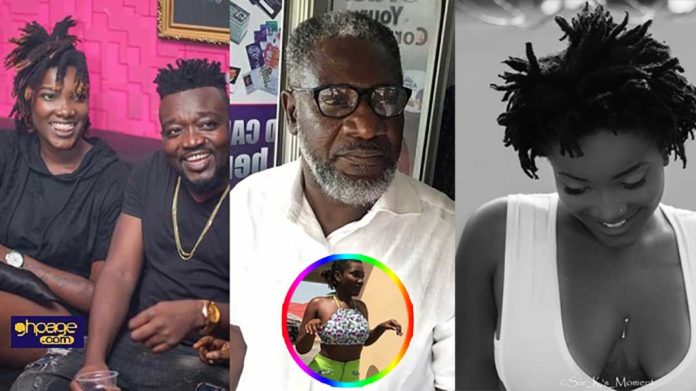 Nana Opoku Kwarteng, the father of the late Dancehall artist, Priscilla Opoku Kwarteng aka Ebony Reigns has reacted to the press release from Bullet’s Rufftown Records washing it hands off all Ebony’s songs.

According to Nana Opoku Kwarteng, he did not expect this ‘drastic action’ from Rufftown Records but he accepts it in good faith. He revealed that he has once suggested the same thing to the CEO, Bullet but he brushed it aside so this turn of event is surprising but he accepts it.

SEE ALSO: Unknown Ebony’s fiancé whom she was set to marry before she died speaks

When asked what he thinks may have led to this decision, Nana Opoku Kwarteng revealed he has no idea and only Bullet can answer it. He added again that he accepts the decision from the Rufftown records music label.

Nana Opoku Kwarteng, Ebony’s father made these revelations in an interview with GHONE TV Evening News today, 14th August 2018 as monitored by Ghpage.com

The Rufftown Records label headed by Ricky Nana Agyemang aka Bullet, the man who discovered and managed Ebony till her death released a statement today washing their hand off all songs belonging to the late Ebony Reigns.

This decision was after Ebony’s father accused Bullet of cheating him of proceeds from Ebony’s Tribute Concert organized in honor of her daughter.

He claimed in an interview that out of the GHS39,000 profit made, Bullet only gave him GHS2000.

This is not the first time the man has had an encounter with her daughter’s record label, The man has clashed with Bullet, the CEO on several occasion on how money has been shared since her daughter died.