Blood donations are not used for rituals – National Blood Service 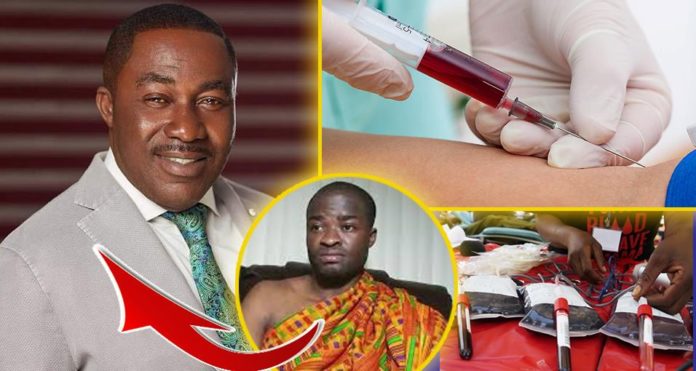 For the past one week, there have been a lot of issues between self-styled Evangelist Addai Emmanuel and the CEO of Despite Group of companies, Dr. Osei Kwame Despite.

Evangelist Addai Emmanuel has accused Dr. Osei Kwame of using the blood voluntary donated by Ghanaians during his health fairs for his spiritual purposes.

He claims Dr. Osei Kwame Despite organize the fairs as a ploy to easily obtained blood to sacrifice which will bring him more money. He advised Ghanaians to stop attending such voluntary blood donations.

The outfit of Dr. Osei Kwame Despite has already come out to deny these damning allegations. Radio and TV personality, Abeiku Santana, an employee with the Despite Group even came out to reveal Evangelist Addai Emmanuel went mad during his KNUST days. He called the self-styled Enagelist a fraud and called on Ghanaians to ignore him.

SEE HERE: Some workers of Despite group replies Evang Addai over his false exposé on Dr. Osei Kwame Despite

Well, after days of silence. The National Blood Service has rubbished the claims of Evangelist Kwame Addai.

In a press statement signed by Dr. Justina K. Ansah, CEO of the NBS, the NBS called the allegations from the Evangelist false and revealed that only a person who has no knowledge about the whole process will make such useless accusations.

SEE ALSO: Despite Group to deal with Evangelist Addai for his comments on Despite’s blood donation exercise

Part of the statement reads:

“We wish to state without equivocation that NO STAFF OF THE DESPITE GROUP OF COMPANIES was involved in the technical processes of the blood donation exercise (that is, registration; screening; blood collection; storage; and transportation of the donated blood during the recent ceremony community blood drive at the El-Wak Sports Stadium on 30th June 2018.”

“The donated blood collected, as usual, were properly documented and uniquely identified with barcode numbers in line with the mandatory requirement for documenting and tracing blood which is aimed at improving blood safety”. 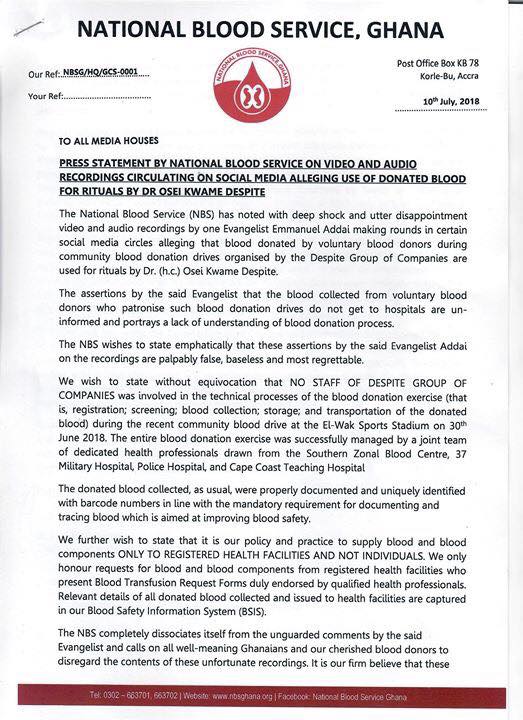 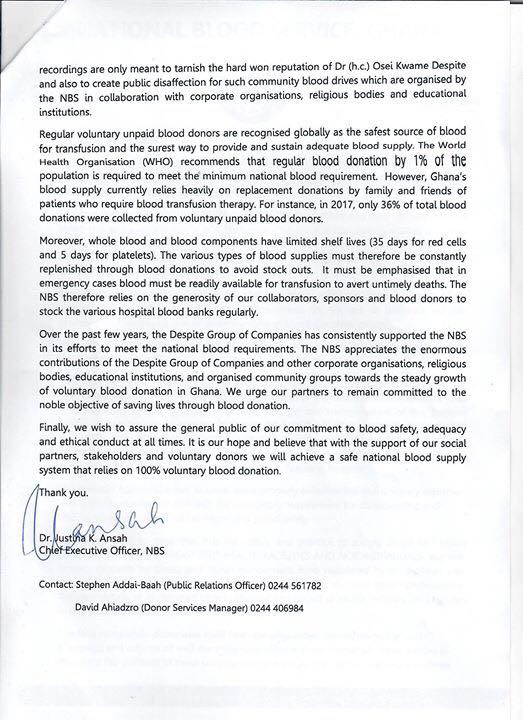