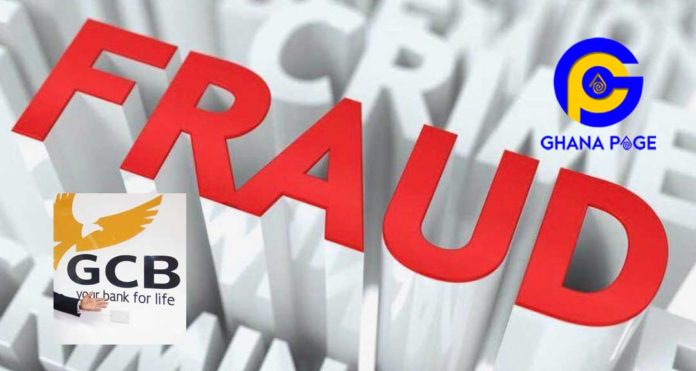 29-year-old National Service Personel at the Mampong Branch of GCB has been charged with defrauding, stealing and falsification of documents after the bank realized he has defrauded 77 customers of the bank to the tune of GH¢112,000.

Briefing the court, the prosecutor, Police Chief Inspector James Obeng stated that the accused Charles Elton Nana Amoah who has been with the bank since October 2018 took advantage of his position to steal from some customers of the bank to the huge amount of GH¢112K.In all 77 customers’ money were stolen by the accuse.

His defrauding activity was detected when a customer of the back visited the branch to withdraw an amount of GH¢1,900 from her GH¢3000 deposit and was informed she does not have that amount in her account.

She quickly rushed to the managers’ office to find out what happened to her money. With the assurance that the bank will look into it, the customer left. But Charles Elton Nana Amoah realized he could be caught when he was contacted by the manager so he transferred the GH¢1,900 to the customer’s mobile money number and assured her the problem has been resolved.

According to the prosecutor, the bank manager who was suspicious of what has happened audited the books handled by Charles Elton Nana Amoah and realized the anomalies. It turned out he has defrauded 77 customers of the total amount of GH¢112,000.

The Bank manager quickly called the police who immediately arrested the 29-year-old National Service Personel, Charles Elton Nana Amoah and arraigned him before the court.