Nayas and husband speaks after woman rained curses on her husband 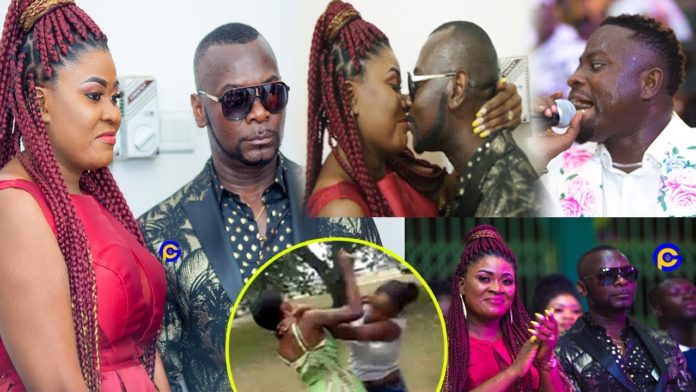 Popular Kumawood actress Nayas and her husband have finally spoken about a woman who rained curses on the actress’s husband.

In an exclusive interview with GhPage TV, the actress indicated that he is currently concentrating on her marriage and has no time for gossips.

In reacting to the woman who rained curses on her husband, she explained that everything that happened is in the past and they have moved away from it.

The actress further stated that she has no regrets in marrying her ‘German Borga’ adding that it is one of the best decisions she has ever made.

This comes after a Ghanaian lady based in Germany identified as Nana Ama accused the actress husband of duping her.

Nana Ama disclosed that Nana Kofi Sarfo took huge sums of money from her to secure her document but has failed to do so.

The woman rained curses on the actress’s husband and in turn, he reported her to the German authorities.