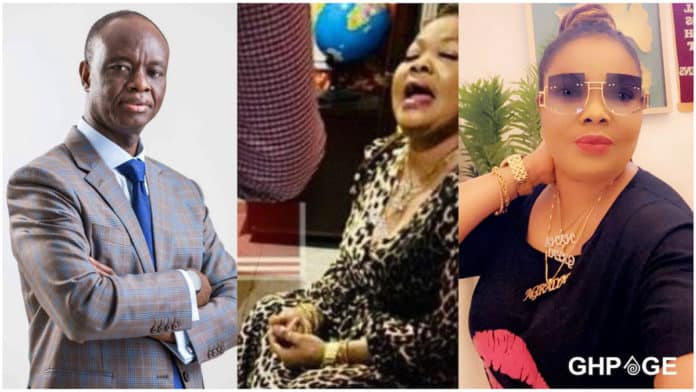 The National Communications Authority(NCA) of Ghana embarks on an exercise to shut down 49 TV stations for operating without Authorisations –and this move heightens after Nana Agradaa’s arrest.

They further state that the monitoring revealed that some channels were operating without valid Authorisations, contrary to Section 2(4) of the Electronic Communications Act 775 of 2008, which states that, ‘Except as provided by this Act or any other law not inconsistent with this Act, a person shall not operate. A broadcasting system or provide a broadcasting service without a frequency Authorisation by the Authority’.

As a result, forty-nine (49) channels have been identified to be operating without valid Authorisations from the Authority and is being shut down accordingly.

Below is the list of TV stations that have been identified to be in violations and are due to be shut down:

This move follows after the popular fetish priestess who is also the owner of satellite television channel Thunder TV, Patricia Asiedua, popularly known as Nana Agradaa was arrested after the station was found to be operating illegally.

A raid by a joint team of Police and National Security Intelligence Operatives, in collaboration with the National Communications Authority on Tuesday, April 20, 2021, at the premises of the satellite television stations; Thunder TV and Ice1 TV for illegally transmitting without licenses, at Kasoa in the Central Region.

The arrest of the popular television fetish priestess was confirmed by the Minister of Communications and Digitalisation, Mrs Ursula Owusu-Ekuful in a Facebook post.

The popular self-styled priestess makes claims about an ability to double money in broadcasts on the TV channel.

The Minister said Nana Agradaa has admitted to “this illegality and is currently in custody assisting with further investigations”.