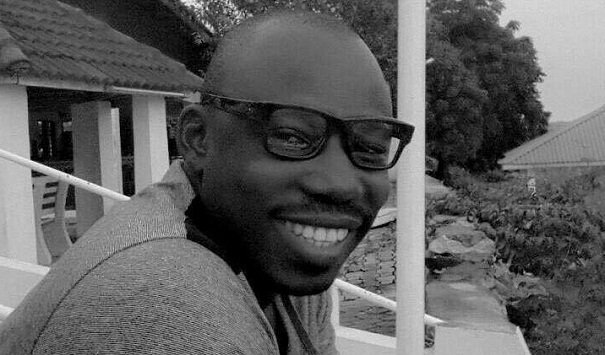 Not long ago, Mrs. Valerie Sawyerr the former Chief of Staff and Ambassador under Former President John Dramani Mahama took a swipe at Former Jerry John Rawlings and Martin Amidu for what she described as their hypocrisy and negative propaganda against Former President Mahama.

But NDC Communication member, Dela Cofie has taken exception to why she added Chairman Rawlings’ name to her list of hypocrites.

Dela Cofie in a long letter posted on his Facebook page took the time to educate Mrs. Valerie Sawyerr and to show his displeasure. He posted:

I read your spiteful piece of writing on Chairman Rawlings posted on the web. As much as we have been taught in saner climes to respect opinions of persons on the other swing of subject matters, I am compelled to break my silence just so I can bring a few things to your attention.

A daughter of the good old Harry Sawyer of blessed memory have the effrontery to publicly humiliate Chairman Rawlings? Someone whose father Rawlings brought into political prominence? Valerie, what exactly is the motivation for this your needless shenanigans against the Rawlings family? No lessons learnt in the Klottey Korle debacle?You know what I think? You are an academic who is politically naive with insecurities and self hatred.

As a true party activist, I feel like chewing you up-and spitting you out- as you did to Rawlings. But then again, I sympathise with you largely on humanitarian grounds -the fact you are an old maid who might be having mid-life issues. Your continual pissing down the necks of the Rawlingses led you to underestimate the people you so despise. You have also overestimated your intelligence and underestimated your own eccentricity and bitchiness.

Now, you’ve been caught up in your own false narrative about the John Mahama government and you want to blame Rawlings for Mahama’s abysmal showings at the polls? We all knew that the Emperor had no clothes on. Rawlings sounded the alarm bell and admonished us to chart a new course. You and your cohorts berated him for stating the obvious, claiming you could win without him.

The scales have finally fallen off your eyes and you can now see clearly to the extent of calling Rawlings names? If you were as informed as you seem to think you are, you would know that Rawlings actually founded the political movement that you profess to admire.

The bubble your likes live in may never burst but some of us are outside of it. Unlike you, we are not a knuckle dragging ingrates who go about berating the hands that fed our fathers. An ingrate who inherited but never earned the respect that those who came before her struggled to earn? Valerie, you were the policy advisor to President Mahama, right?

So, you are saying John Mahama is happy sitting in the stands and urging Rawlings to castigate Akufo Addo for him? When did Rawlings signed up to be your back up singer? And why is your boss- John Mahama mute over the very allegations of corruption you are asking Rawlings to speak on? Rawlings is now your hatchet man?

Today, you and your ilks want Rawlings to do your dirty job for you? Why is John Mahama quiet about the so-called corruption under President Akufo-Addo but you want Rawlings to speak? Why don’t you urge Mahama to speak on the issues you eloquently espoused?

That’s a bit more germaine to the current situation, or? Valerie, you want Rawlings to be critical of the Akufo Addo government? Not so fast. Rawlings won’t fall for the bait. He will not take on a six-month old government with a four-year mandate.

You need to get over yourself, old lady. Rawlings will when necessary criticise the excesses of the current regime but certainly, not at your behest. You were the chief policy advisor to a president whose mantra at the time was “yen tia obia,” and “dead goatism.”

Yes, for the good of your parochial interest, your likes isolated the President from well meaning party folks and caused the likes of Bagbin and Rawlings to advice you in public. The government of which you were the chief strategist churned out one corruption scandals after the other, week-in-week out. To the extent that a deal as colossal as the “Smarthy mess” – had to be cooked right at the presidency.

Did SMARTHY refund money to the state? If yes, what necessitated that action? Clearly the contract was inflated and that amounts to corruption, or? So you see, being bitchy, eccentric and loutish about Rawlings isn’t gonna save your sory ass.

Thankfylly, the Akufo-Addo led government has shown interest in tackling the “corruption system” that was supervised by your boss and ‘playmate’. When all is said and done, and the frog dies, we shall see it’s full length.

And did you actually linked Rawlings’ Chevy coupe birthday gift to corruption? The man’s old vehicle that was remoulded by the manufacturers and given to him is now a corrupt act? You want to know about corruption and car gifts?

Dont go far, just ask your boss about it. He was a beneficiary of a Ford Expedition gift from a business man on government project. How about that? It is just ridiculous how low you have stooped.

Fact is, Rawlings is unable to criticize this current regime because he probably see the regime as more credible than the one you were part of. Ghanaians rejected the NDC largely on corruption rhetoric and so why blame Rawlings? Valerie, you can choose to be the poster girl for crass behaviour.

You can even choose to be whorish for all I care but next time you write a critical essay, make sure it is against gods with clay feet or you end up dancing naked in front of the intelligent public. I rest my case.