NDC declares 3 days fasting and prayers ahead of December elections 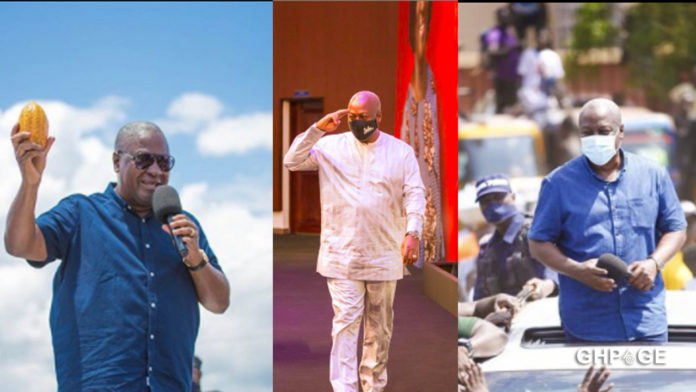 The opposition National Democratic Congress (NDC) has disclosed that the party will be organising a three-day fasting and prayers session ahead of the December elections.

This was revealed in a press release signed by the National Chairman of the NDC, Samuel Ofosu-Ampofo.

The fasting and prayers session will commence on 5th November 2020 under the theme ‘The horse is prepared for the day of battle, but victory is in the hands of the Lord -Proverbs 21:31’.

“The National Democratic Congress (NDC), announces for the information of its supporters and the general public, that the party has declared three (3) days of fasting and prayers, starting from Thursday 5th November 2020 under the theme; ‘THE HORSE IS PREPARED FOR THE DAY OF BATTLE, BUT VICTORY IS IN THE HANDS OF THE LORD” -Proverbs 21:31″, excerpts of the press statement read.

The party also called on his supporters and the general public to get involved in the spiritual program to ensure violence-free elections.

Ghana will be going to the polls on 7th December 2020 to elect a President for the country. 12 political parties have been given the green light by the Electoral Commission to contest in the elections.