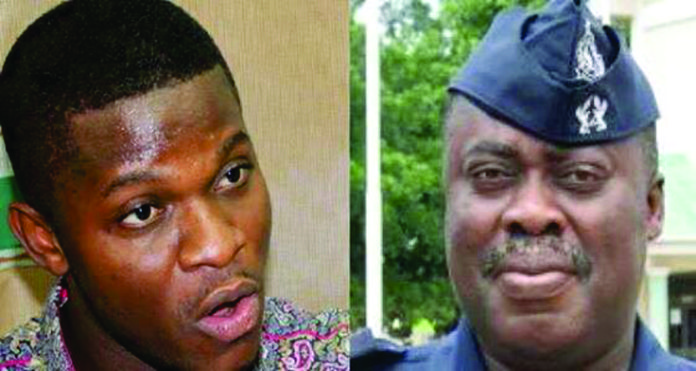 The leading communication member of NDC, has told the police chief he would lose his job should the NDC come back to power.

According to him, Chief Supt. Kwesi Ofori  should “remove his Police Uniform” and “hide it under his bed”, should the NDC regain power because he (Kwesi Ofori) has shown that he was an “NPP police officer.”

Following the arrest of the Deputy General Secretary Koku Anyidoho on Tuesday there was confusion at the Police Headquarters when supporters of the opposition party had gone to empathise with their Deputy secretary. The police in trying to control the crowd ended up firing rubber bullets into the crowd which all injured some of them.

Chief Supt. Kwesi Ofori is reported to be the one who gave the order for the ‘attack’ on NDC supporters who according to Sammy Gyamfi were acting peacefully at the scene.

“When he hears that there is a change of government, he has to remove his Police Uniform, hide it under his bed and cease being a police officer. He was the one who came to the Headquarters, amidst the peaceful crowd and gave an order that charge on them,” the NDC communicator threatened.

Sammy Gyamfi also asked other security chiefs who were serving the interest of the ruling government to advice themselves since they (NDC) would come back to power.

SEE MORE: The greediness of African Politicians has been our doom- Sarkodie expresses disappointment