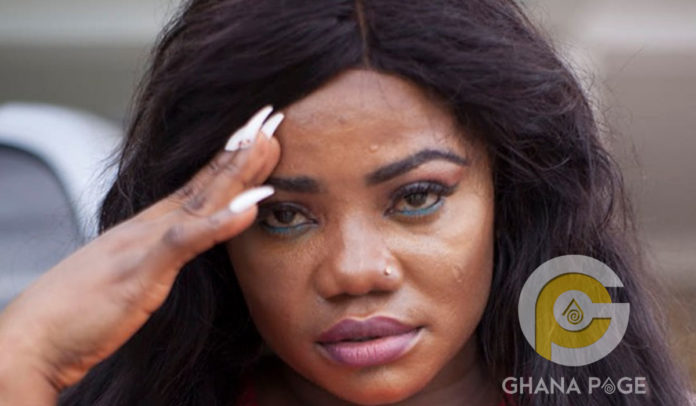 Upcoming Kumawood actress, Elizabeth Gyebi popularly known as Queen Lissa in a tell-all interview granted to Ghpage.com has revealed how she attempted committing suicide at a point in her life.

Talking about the experience, Queen Lissa talked about her difficult childhood and how it frustrated her so much that she resorted to killing herself to end her agony.

Queen Lissa revealed that she lost her mum due to a snake bite at a very tender age resulting in her becoming an ‘orphan’ as she never knew her dad.

She then went to live with her step-parents who had to withdraw her from school due to financial constraints.

According to Queen Lissa, she became distraught due to the fact that she couldn’t attend school any longer and the mere sight of school children heading to school made her depressed which led her to become suicidal.

” When I saw people my age going to school, it made me sad that I bought rat poison to end my life because I could not bear it any longer”

Queen Lissa, is an upcoming Kumawood Actress who was once sent n*des to a producer in order to secure a movie role.