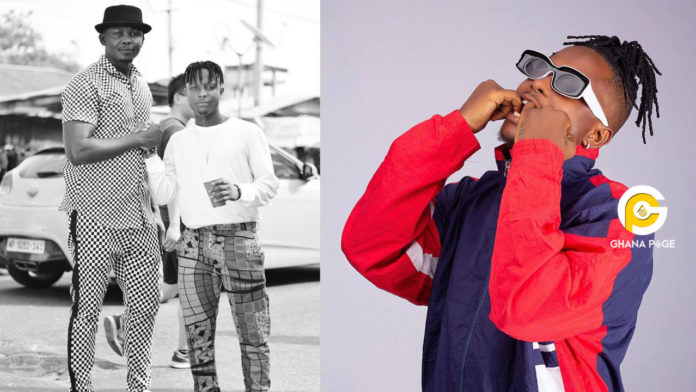 Popular young Ghanaian musician Kelvyn Boy has finally addressed rumors that he was secretly signed by Blakk Cedi while he was with Burniton Music Group.

He further explained that he wasn’t secretly signed by Blakk Cedi as purported adding that such news should be discarded.

According to the “Mea” hitmaker, he is currently not signed under any record label.

Kelvyn Boy added that Blakk Cedi is currently guiding him in his new solo journey which has really been of great help.

“For now, I am not signed to any record label. Just that my brother Didi and Blakk Cedi are around, giving me advice and guiding me. If not, things would have gotten worse. I was never signed by Black Arm”, Kelvyn Boy explained.

It can be recalled that during the dispute that occurred in the Burniton Music Group which resulted in Kelvyn Boy being axed from the label, it was reported that Stonebwoy’s former manager secretly signed Kelvyn Boy unto his personal record label without his knowledge.

This infuriated the “Ololo” hitmaker who felt betrayed by his team and therefore decided to axe him from the group.

In an interview, Stonebwoy also disclosed that Kelvyn Boy has really been ungrateful to him and therefore decided to terminate his contract.

However, Kelvyn Boy recently released a new song dubbed “Yawa No Dey” which is believed to be a diss song aimed at his former boss, Stonebwoy.