Who wins the New Artist of the year category in this year’s VGMAs? -Check out the possible winners 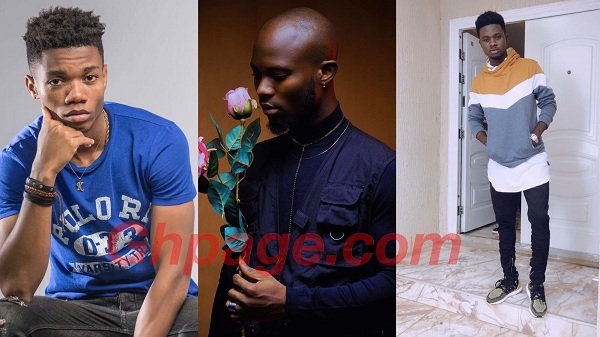 In 2017, the Ghanaian music industry saw great young talents who took over the industry by storm having their music played across the country.

Ghpage.com takes you through some amazing artist who stands the chance of going home with the New Artist Category Award at this year’s Vodafone Ghana Music Awards.

From the camp of Lynx Entertainment, the record label produced two talented singers, Kuami Eugene and Kidi who had already made a mark in the MTN hitmaker reality show.

Kuami Eugene who placed second in the last two editions of the Hitmaker reality show and later broke through the scene with his hit track “Angela” which many have tipped to contest for the most popular song of the year category in the next edition of the Vodafone Ghana Music Awards.

SEE ALSO: Meet The Winner Of The VGMAs Unsung Category And The Percentage He Had For The Award

Kidi after “Odo,” gained much recognition outside the country which landed him a collaboration with Davido from Nigeria, Remixing the “Odo” tune.

Both Kidi and Kuami Eugene performed on some of the major shows in Ghana and crowned it up with their Wave concert which had the likes of Sarkodie and Shatta Wale performing on that night.

Kurl Songx is also one artist who had an amazing year in 2017 after reaching his first major single, “Jeniffer Lomottey” which featured Sarkodie.

SEE ALSO: After winning Most Popular Song Of The Year,Dobble is at each others throat and this is why

From nowhere, Swedru based artist, Patapaa Amisty shocked the world with his hit song, “One Corner”. The One Corner Song and its Dance was evidently one of the most popular songs in Ghana in 2017. One Corner shot Patapaa Amisty into the New Artist category. He is a possible winner

With all these artists impressing in the year under review, it makes the New artist of the year category a bit difficult to select a winner.

Tamale based artist, Fancy Gadam was crowned the New artist of the year in last year’s Vodafone Ghana Music Awards.

Who do you think will take home the New Artist Category Award at this year’s Vodafone Ghana Music Awards? Share your views in the comment section