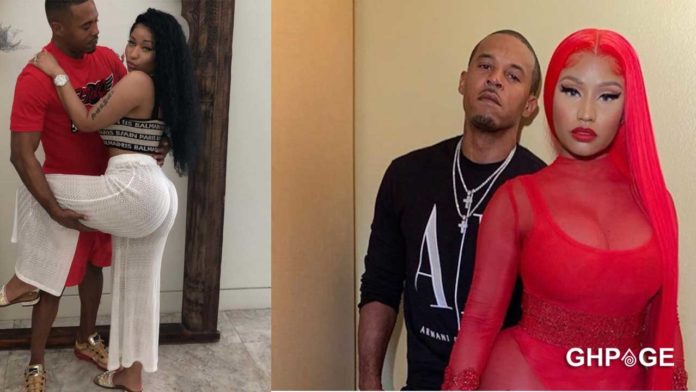 The rapper disclosed this in an adorable video of a bride and groom caps she shared on Instagram.

The ‘Anaconda’ hitmaker got married to Petty who was convicted in 1995 of attempted rape at age 16 where he spent four years in prison.

Kenneth Petty was also convicted of first-degree manslaughter in 2006 and served seven years of 10-year imprisonment.

He was released from custody in 2013.

Several celebrities took to the comment section to congratulate the couple and to also send their good wishes.

Winnie Harlow wrote; “So happy for you Mrs. Bride you deserve all the happiness in the world”.

Kimoraleesimmons also wrote; “Congrats to you both”.

Naomi Campbell had this to say; “Congratulations to you both on your beautiful union”.