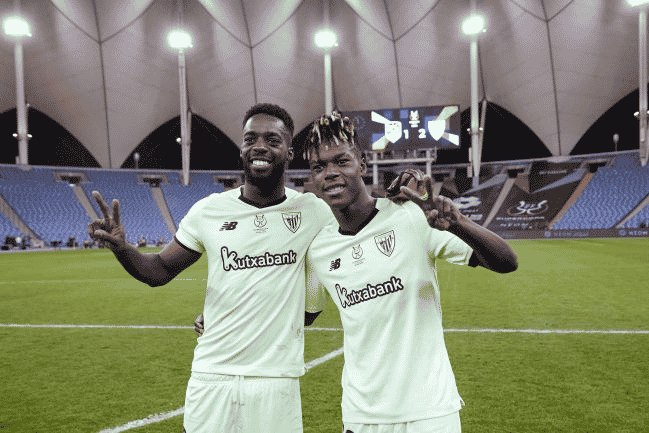 The Williams brothers, Nico and Inaki, have reportedly turned down the request to play for the Black Stars and represent Ghana at the World Cup.

According to reports, they have told the Ghana Football Association that contrary to popular reports, they are not ready to play for Ghana yet.

As a result, Nico and Inaki Willimans have returned to Italy after visiting Ghana without accepting to play in the Black Stars.

Per the report, they have decided to focus on their club careers at the Athletic Club Deportivo.

Ghanaian sports journalist Owuraku Ampofo reported: Nico and Iñaki Williams have ruled out the possibility of playing for Ghana despite efforts from the GFA during their holidays. The brothers have returned to Spain and want to focus on their club careers at Athletic Club [@mundodeportivo].

The Williams brothers are part of a list of foreign-based players the GFA has been working to convince ahead of the Qatar World Cup.

The likes of Eddie Nketiah, Tariq Lamptey, Mohammed Salisu, and Callum Hudson-Odoi in this list of players who the GFA is bent on getting into the Black Stars squad for the World Cup to better the team’s chances.