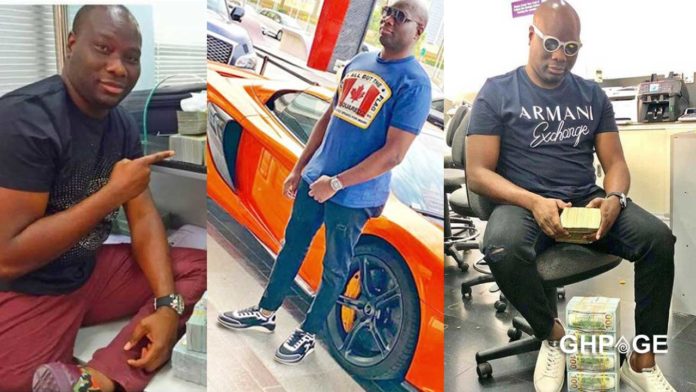 News has gone viral that flamboyant Nigerian big boy Ismaila Mustapha popularly known as Mompha on social media, has been arrested by Interpol.

The individual who works as a bureau de change operator in his country of residence, Dubai, was said to have visited Nigeria for some personal business before his arrest.

According to reports by Premium Times, the wealthy individual was arrested in connection to the alleged graft and is currently in the custody of the commission in Lagos.

The report noted that a spokesperson for the Economic Financial Crimes Commission (EFCC), identified as Wilson Uwujaren, confirmed the arrest of Mompha by anti-graft detectives.

He, however, refused to give full details of the arrest. It was further gathered that Mompha’s arrest was a joint collaboration between Interpol and the EFCC.

Although, Nigeria’s head of Interpol, Umar Garba, who said he was well aware of the situation, maintained that the EFCC should be in charge of everything regarding the case.

We hope he also doesn’t come out later to deny the claims saying he also wanted to test the loyalty of his followers just like Ghanaian millionaire Ibrah Wan did some few months back.

The boss of EIB Network Nathan Kwabena Anokye Adisi aka Bola Ray has found his voice and spoken about the death of...
Read more