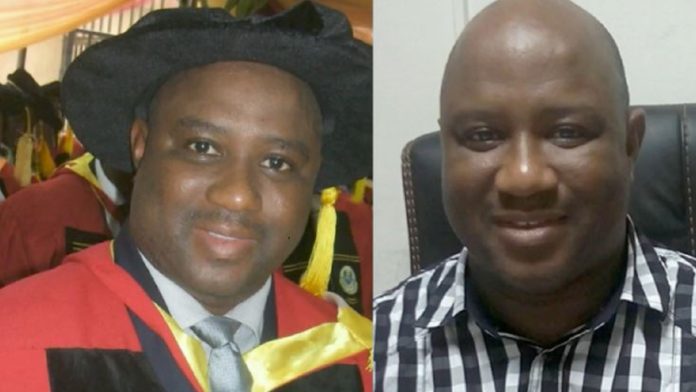 The Nigerian Lecturer who also serves as a pastor at Foursquare Gospel Church, Professor Boniface Igbeneghu has been asked to step down from all his ministerial assignments by his church over his involvement in the ‘Sex for grades’ scandal.

In a press release, the church condemned the immoral act of Professor Boniface, indicating that they do not condone such an unscriptural act among their ministers of God.

The Foursquare Gospel Church also stated in the press release that appropriate measures will be taken after investigations have been concluded.

The statement reads; “The attention of the leadership of the Foursquare Gospel Church in Nigeria has been drawn to a video clip trending on social media platforms titled “Sex for grades: Undercover in West Africa Universities-BBC News” wherein a lecturer in University of Lagos named Dr. Boniface Igbeneghu also described as a pastor in Foursquare Gospel Church was allegedly involved in sexual misconduct with some female students of the university.

The general public is hereby informed that as holiness and Bible-believing church, we do not condone such heinous and unscriptural act among our ministers. We totally dissociate ourselves from the purported conduct of Dr. Igbeneghu and promise to take appropriate measures as soon as the ongoing investigation is concluded.

Meanwhile, the pastor in question has been asked to step down from all ministerial assignments” 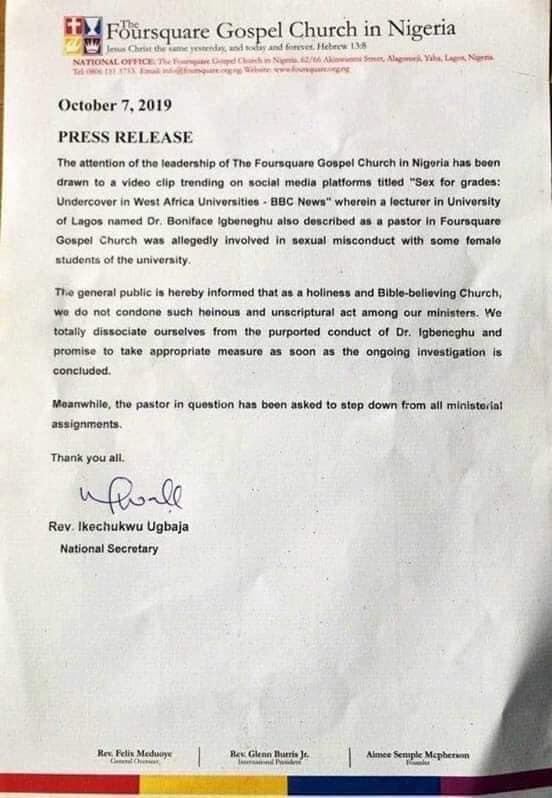 This comes after Professor Boniface was implicated in a BBC documentary dubbed “Sex for grades” detailing sexual harassment on university campuses in Ghana and Nigeria.

Professor Boniface was caught on camera requesting sexual pleasure from a 17-year-old girl who wanted admission into the University.