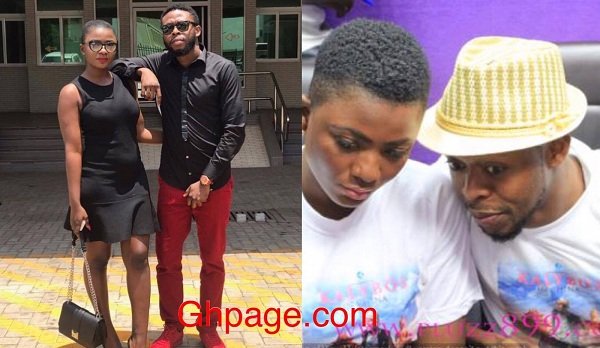 Patricia Opoku Agyemang, popularly known as Ahuofe Patri has stated clearly that there is no chance of dating Kalybos.

Speaking on Etv’s ‘Late Night Celebrity’ show, Ahoufe Patri stated categorically without mincing words that she and Kalybos can only remain just friends.

She said, there is no chance for her to date Kalybos even though he is jovial, fascinating and she finds him attractive.

Since the popular ‘Boys Kasa’ comedy series hit our tv screens, there have been rumors surrounding Kalybos and Ahuofe Patri on whether they are dating or not.

Even though Ahuofe Patri has ruled out the possibility of dating Kalybos on many platforms, but many people are of the view that the two could have been undercover dating.

However, Ahoufe Patri’s reply on the show shows clearly that nothing of that sort can happen.

Ahuofe Patri further described Kalybos as a jovial person and enjoys his jokes whenever she is with him but dating him or anything of that sort won’t happen.

“He is very jovial and funny. Even when I try discussing something serious with him he only cracks jokes,” she said. “We can never date because there is no chance at all for us to date,” Ahoufe Patri clued.

YOU MIGHT READ ALSO: Nana Aba Anamoah Says There Is No Trouble Going On At EIB