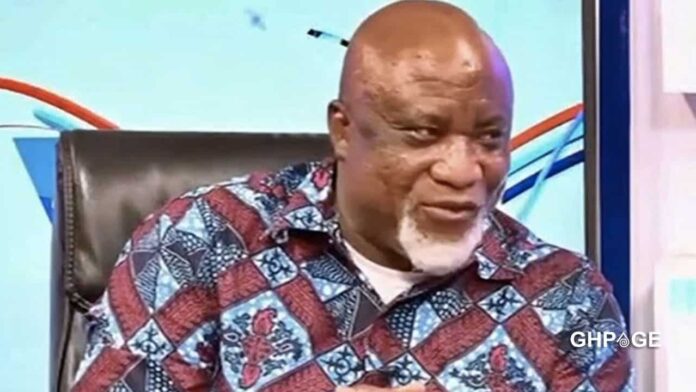 Former MP Hopeson Adorye has reportedly claimed that Northers are not fit for the flagbearership position in the NPP.

This is a claim he has denied.

Mr. Adorye, who serves as the Alan Kyerematen Campaign Team’s Director of Operations, clarified that he was providing a historical perspective on the NPP’s presidential tickets since 1992.

“The formula is Christian-Muslim Ticket.

“In fact, since 1992, we are the only Party that has practiced Christian-Muslim Ticket since 1992. NDC at all times used Christian-Christian Ticket yet dominate all the Muslims Constituencies including Zango.

“Therefore per the formula, the running-mate since 1992 has been a permanent reserved position for the Dombo’s camp regardless of whether a Dankwa protégé or Busia protégé is leading the Party as the Flagbearer.“

Mr Adorye has received backlash from some functionaries in the NPP who believe he went wrong for intimating that Northerns have no future in the NPP.

“His statement is a mockery of our founding ideals, that is, to build a political grouping of national character that lends, tout de suite, the liberty of inclusion at the pinnacle of the party in spite of the circumstances of your birth, creed, religious suasion or origin.”

“The tradition has thrived on these tenets, endured all the political hostilities and persecutions in the pre and post independent era and has transmogrified to our the great NPP today.”

“It is in the NPP that the son of a koko seller in the far hinterland of Yendi can rise up to be the running mate of his party and consequently Vice President of his country. That doctrine is what makes our tradition enduring.”