“We are not altering NAM1’s property documents” -Zylofon PRO 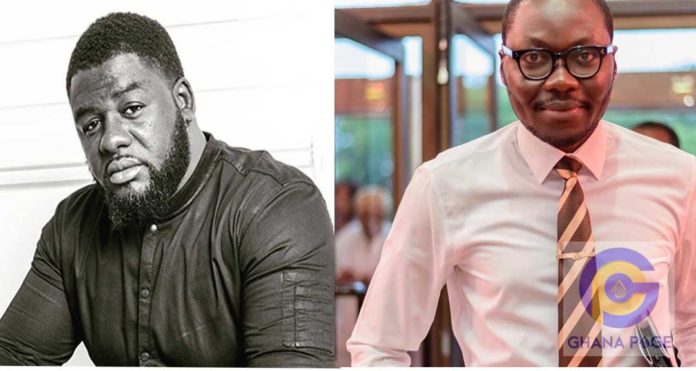 The Public Relations Officer of Zylofon Music, Arnold Asamoah Baidoo has disclosed that he and the artists’ manager, Hanson Nana Asiamah also known as Bulldog are not altering documents belonging to their embattled CEO, Nana Appiah Mensah.

According to the PRO, they are not keeping any documents of properties as it is being alleged.

ALSO READ: Bulldog and one other arrested for trying to change Zylofon cars document

He also stated that they have been invited by Economic and Organised Crime Officer (EOCO) to assist in investigations for allegedly keeping Zylofon Media properties.

“We are at EOCO for questioning to help with the investigation. Nobody is trying or trying to change documents. First, I don’t have the time. Second, I don’t know any so-called properties”, Arnold disclosed.

It was reported earlier that EOCO has tasked all workers of Zylofon and Menzgold to return all properties belonging to the company if they have any in their possession.

EOCO also called on the general public to aid them with relevant information that will help recover all properties following the case filed against the embattled CEO of Menzgold, Nana Appiah Mensah (NAM1).

Share
Facebook
Twitter
WhatsApp
Previous articleLet’s be one and vote against NPP and NDC in 2020 – A-Plus to Ghanaians
Next articleStop saying Jesus is coming soon; is been 2,019yrs he’s still not here-KSM