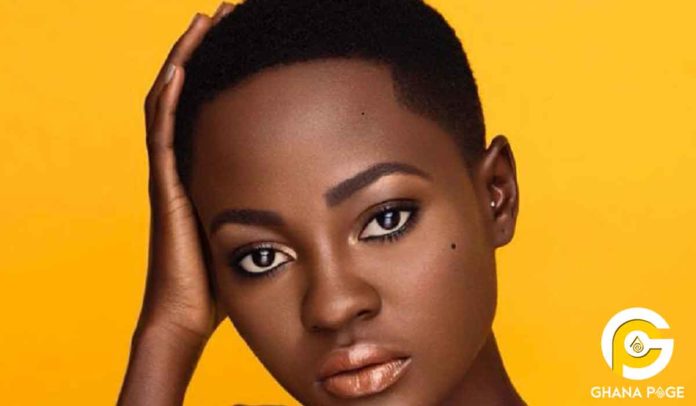 Yesterday, Ghpage.com ran a story about how Miss Malaika 2006 beauty queen, Hamamat Montia in her early days enjoyed life as an exquisite slay queen living a luxurious life as a girlfriend to wealthy men willing to splurge cash on her.

The former Slay queen turned entrepreneur has in a subsequent post on Instagram further given more details on how was able to trap rich men with her beauty.

She explained that for these monies spent on her, she had to do something in return. She revealed that once you stop making them ‘happy’ they stop lavishing money on you.

She detailed how a relationship with one of her rich boyfriends turned sour to the extent that she was labelled as criminal and was wanted by the police.

NOTHING FOR FREE
Nothing is for free
Not the dinners
Not the cars
Not the clothes
Not the experiences
Not even the selfies you take in the hotels are for free .
The whole idea of “slay” isn’t just how beautiful you look but how smart you “Slay” your prey without getting caught.
I was a slayer – I was very good at getting what I want and before they could even say the word “open “ – I vanished !
I thought I was super smart – it worked well for me and was exciting but after that #bigfish experience I left the game behind and started my own little family – I
Wanted to focus on LOVE.
One day out of the blue , when I was out of the country I had a phone call from my childhood best friend @miss_dzidzii – she sounded disturbed and didn’t want to say because she knew I was in the last period of my first pregnancy but she was worried and knew It will hurt even more if I found out from someone else , so she told me – “That I was all over the news in Ghana for stealing a car “ and the media was having a ball “. Tv, Print and Radio
You name it , I was everywhere ! And no media cared for my side of the story
How ? Why?
I didn’t steal the car , it was one of many gifts but looking back now I probably stole his heart and he had to tell the world.
How could this happen 3years after ?
I thought we both moved on .
That was a very difficult period in my life but this very experience is also the reason why I started doing what I do today .
The truth is that
You will pay for it , one way or the other
Now or later
There is always a cost to the price that only you can pay for .
I could say “don’t do what I did “ but every choice you make is a learning experience .
Learn from them and be aware of the many unspoken rules to the game and always be 3 steps ahead .