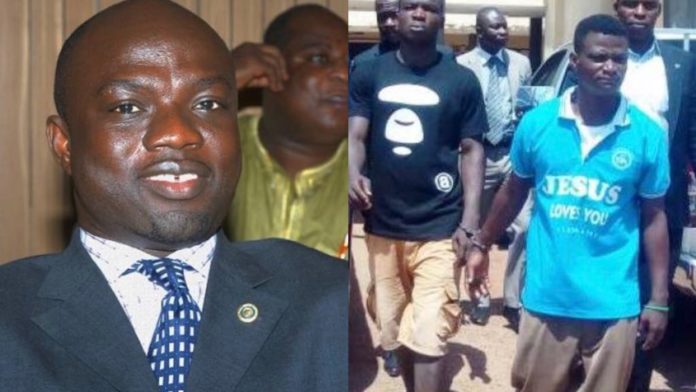 According to a report by TV3’s correspondent Godfred Tanam, suspect Daniel Asiedu aka Sexy Don Don standing trial for the murder of the former Member of Parliament for Abuakwa North Constituency Joseph Boakye Danquah has confessed to not only killing the late MP, he has also revealed the ruling NPP contracted him to kill the late member of Parliament.

Daniel Asiedu is one of the accused standing trials for the murder of the late MP at the Accra District Court and he appeared before the court today, Wednesday 20th June 2018. He told the court presided over by judge Arit Nsemoh that some elements within the Ruling New Patriotic Party (Then Opposition Party) contracted him to kill the member of Parliament.

According to him, he was told he would be given everything he needed if he successfully executes the assignment of killing Hon JB Danquah. He added that he was told to tell the detectives and the court if he is arrested that the ruling National Democratic Congress (Now Opposition) contracted him to kill JB Danquah.

He revealed that ever since he executed the tasked and killed the MP in February 2016 and was subsequently arrested, the NPP elements who contracted him has abandoned him. Only one person has been to see him.

Godfred Tanam of TV further reported that the judge asked him if he was confessing because of the promise or out of the threat but Daniel Asiedu revealed that he is confessing because he is a changed person and he wants the nation to know the truth.

The judge, however, revealed to the suspect, Daniel Asiedu aka Sexy Don Don that he cannot be released for confessing because he is in a committal stage of the trial.

The judge told him he can only provide evidence on what he is saying at the High Court, where a proper trial will take place. But he was asked to return to think about what he has told the court, and to consider whether to add more or retract them.

But Vincent Bosso, the second accused told the court that he knew nothing about the case and his arrest is frustrating him since he can’t perform his fatherly roles to his only son who has been rejected back home because they think he is a criminal.

The former Member of Parliament for Abuakwa North Constituency Joseph Boakye Danquah was killed in February 2015 in his home.