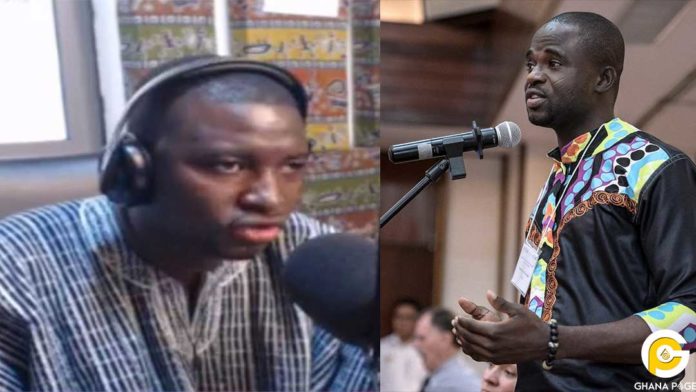 According to Mugabe, Joy News’ Investigative Journalist Manasseh Azure Awuni will be killed in 11 months by the New Patriotic Party (NPP) if he is not protected.

“I am speaking in the spiritual realm because this is a gift from God bestowed unto me. If Manasseh Azure is not protected he will be eliminated from this world within 11 months.

The NPP will kill him just as they did to Ahmed Suale. I speak without fear or favour and that Manasseh will be killed at Joy Fm”, he disclosed.

ALSO READ: I have never taken money from anyone to hide an investigation -Anas

Mugabe also confidently stated that the President of Ghana, Nana Addo Danquah Akufo Addo is a wicked president as said by Former President Kufour some time ago.

“I know what I am saying, Nana Akufo Addo is a wicked President just as Former President Kufuor told Ghanaians some time ago“, he added.

The journalist went ahead to rain insults on the Police service and the Criminal Investigation Department (CID) boss, Maame Yaa Tiwah Addo-Danquah.

“From the CID to the Police service, they are all idiots and useless. They are very useless people in society”, he confidently stated.

The ex-convict however prayed for the life of Manasseh Azure and cautioned him to be careful with his life.