The Member of Parliament-elect for Awutu Senya East Constituency Mrs. Hawa Koomson has once again made the news after her karat display in parliament earlier.

As it stands now, the vote for becomes elected as the speaker of Parliament is underway and all the 275 MPs elected are part-taking.

Before the end of the vote there was confusion as to who or which party sit at the majority side since the members of the NDC arrived earlier to occupy those seats.

Hawa Koom who is gradually gaining a bad name for herself couldn’t understand why the NDC would take over the seats at the majority side which led to a scuffle between herself and some NDC MPs.

After her fight, she refused to sit insisting that she would stand in the middle until proceedings are done.

The 8th parliament promises to be an interesting one from the look of things. 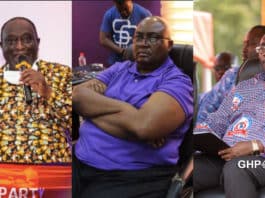 NPP supporters in the North would know their ‘place’ in 2024 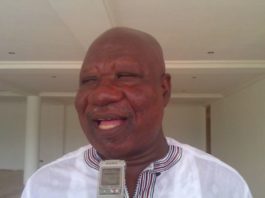 Your letter is very stupid, I resigned 2 weeks ago –...

Ghana would have been a disaster if John Mahama was President...