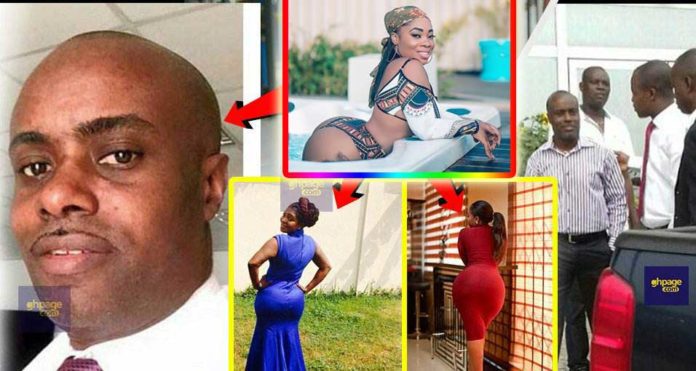 The Director of the Advanced Body sculpts Centre popularly known as Obengfo Hospital, Dr. Dominic Obeng-Andoh who is on bail has opened up on his clientele in a new interview on Accra FM on Thursday, 18 October 2018.

According to Dr. Obengfo, he has clients which range from politicians, celebrities, businesswomen and to even some pastors wives.

SEE ALSO: The death of Deputy NEIP CEO & the arrest of Obengfo Clinic Director here are the details

“There are people from all sectors of life who come to me for my services. Some are wives of doctors, politicians, pastors and pastors’ wives; church members [and] all kinds of people; even some media people also come to the hospital”, Dr. Obeng-Andoh said

The embattled surgical doctor explained that he has clients who are expatriates some from Africa, Europe, America and other places who visit him for all types of body sculpting services.

SEE ALSO: These Old of Photos Of Joselyn Dumas Suggest She Has Gone For Body Shaping Surgery

Explaining his main areas of services, Dr. Dominic Obeng-Andoh stated that he mostly deals with bloated tummies, shapelessness, and obesity.

According to Dr. Dominic Obeng-Andoh, he is providing essential and very much needed services to his clients as far as he is concerned and he has saved a lot of marriages from collapse with his craft.

The Obengfo Director revealed that marriages which were on the rocks due to some husbands’ loss of sexual interest in their wives, especially after childbirth were saved after they visited his hospital for the surgery.

Following the death of Miss Stacy Offei Darko, the Deputy Chief Executive Officer of the National Entrepreneurship Innovation Programme (NEIP) at his hospital, Dr. Dominc Obengfo Andoh has been standing trial for murder.

SEE ALSO: Before And After Video Of Some Of Dr. Obengfo’s Victim

The man who is on bail for medical reasons told the host it is never true he killed Miss Stacy Offei Darko as he is being accused of.

He revealed he had a successful surgery with Miss Stacy but She developed her complications later and neither did he hide the body for 3 days.

SEE ALSO: Kennedy Agyapong gives an account of how he lost his baby mama, Stacy at the Obengfo Hospital (Video)

SEE ALSO: Obengfo Clinic MD, Dr. Obeng Andoh Collapsed When He Was Arrested For The Murder Of Stacy Offei