Obinim doesn’t have an American visa but claims he has a house in the US – Rev. Obofour 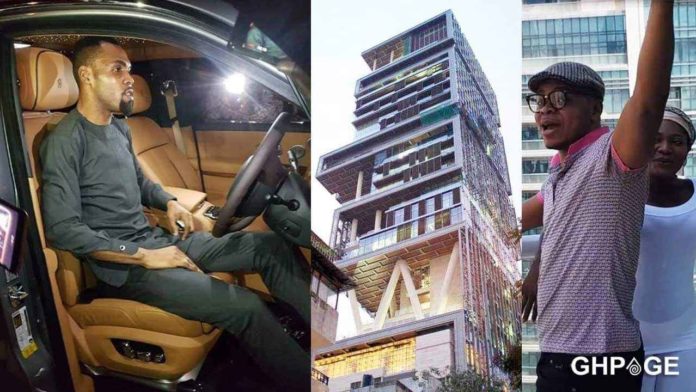 The founder and leader of Anointed Palace Chapel Rev. Obofour has finally responded to the founder of Godsway International Church Angel Bishop Obinim.

Rev.Obofour’s response comes barely 48 hours after Angel Obinim came out to dare him to provide proof in connection to some comments and allegations he has made against him in his church some weeks ago.

According to Angel Obinim, Rev. Obofour made five allegations against him which includes he(Obofour) workers running to his(Obinim) television station to work which even led to the death of one of the guys.

Obinim asked that Obofour comes out to name those people he claimed ditched APC for he(Obinim’s) church.

Well, Obofour has finally responded and has make some revelations against his former friend Angel Obinim.

In the video available, Obofour revealed that Obinim has been making noise about having houses in Dubai and American but truth be told Obinim doesn’t even have an American visa or has never traveled to that country before.

In Obofour’s submission, he stated that he finds it difficult to come to terms with that because his former best friend is just deceiving people and dared Obinim to come out with the papers to the said American house he claims he owns.

Rev. Obofour also made mention that he is ready to charter a flight to America with Obinim if he needs to go to that country to show him the property alongside the paper.