Obinim criticizes Delay for editing their interview to suit her agenda

Obinim criticizes Delay for editing their interview which the former admitted to 'sleeping with his junior pastor's wife' to suit her agenda. 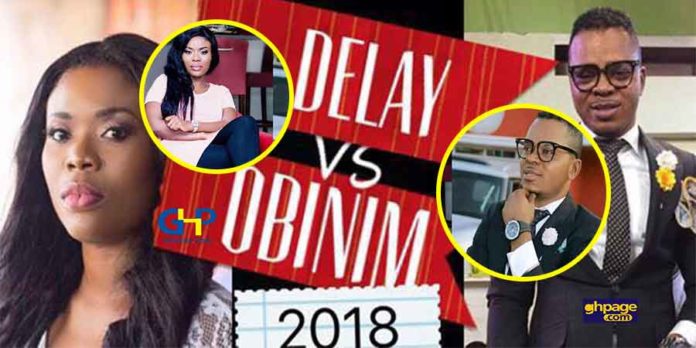 Pastor Daniel Obinim, founder and leader of the International Godsway Church has criticised television host Deloris Frimpong Manso, Delay for editing an interview he once granted her to suit her agenda.

In a latest interview sighted by GHPAGE.com, the controversial man of God demonstrated to his interviewer how his ‘edited’ interview with Delay ensued.

That Obinim believed, during the editing table, Delay edited the part he said ‘no’ and replaced with the ‘yes’ he had said earlier to make it look like he admitted to sleeping with his junior pastor’s wife.

Obinim stated that, though he slept with another woman behind his wife, it wasn’t his junior pastor’s wife. He claimed the woman wasn’t married nor even had a boyfriend at the time.

He disclosed that he even fought with Delay over that issue which the self-acclaimed ‘Angel’ added that, Delay told him, it wasn’t her fault but her editors.

He also revealed that he is still cool with Delay despite everything. Said he still ‘vibes’ with her whenever they see each other.

Obinim claims, however, sound interesting as the original interview he is referring to looks so different from an edited cut and paste he said.

Well, watch that video of his interview with Delay he is referring to, below;

The issue of Obinim sleeping with his junior pastor’s wife dates as back as 2011, where he confessed in a leaked tape recording to having sexual relations with one Gifty Fobi, the wife of Pastor Williams Fobi— who then was the leading Bible reader of his church.

Further details on the tape indicated that Bishop Obinim said he had s*x with Gifty because she was s*xually more appealing.

READ ALSO:Video: Obinim after cheating, reveals why he can’t divorce his wife and what stops him if he thinks about it

The two lovebirds had been in a relationship for the past four years, according to Gifty’s husband, Pastor Williams Fobi. The embittered junior pastor stated on a tape that his wife had confessed to him that Bishop Obinim started to have sexual engagement with her about four years ago when she joined his congregation.

Pastor Fobi said when he met the wife and proposed to marry her three years ago, he didn’t know that the woman of his heart was having an intimate relationship with his boss until she confessed to him on Thursday, May 26, 2011, leading to the mediation by high-profile pastors.

Obinim had told Happy Fm in an interview that the devil tricked him to have it with his junior pastor’s wife and immediately after that indecent act, he confessed to his wife and they both prayed together for God’s forgiveness.