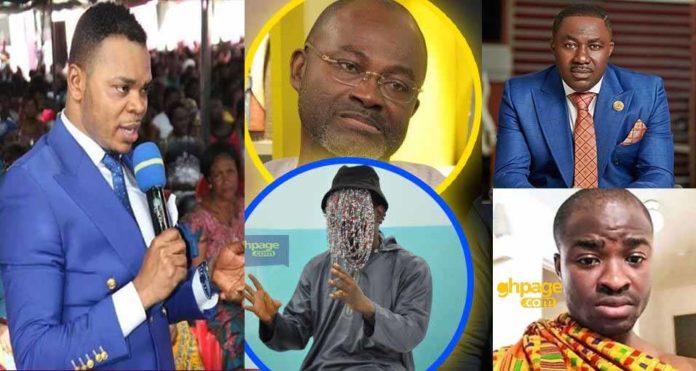 According to the man of God, these people are blessed by God and nothing said or done against them will ever hold.

It will be recalled that notorious Ghanaian USA based Evangelist, Addai Emmanuel alleged that Dr Osei Kwame Despite uses the blood donated by Ghanaians at recently held Despite Health Fair for his blood sacrifice.

According to the Evangelist who has accused almost every successful man/woman of being occult, Dr Osei Kwame Despite will be using the blood collected for his ritual sacrifice.

read also: Despite Group to deal with Evangelist Addai for his comments on Despite’s blood donation exercise

Anas and Kennedy Agyapong also became attention for the media prior to the release of the most daring investigative piece, “Number 12”, Kennedy made daring allegations against the ace investigative journalist and accused him being a corrupt man himself.

But speaking at one of his branches, Obinim cited that Ghanaians should support these wealthy people their blessings are divine and therefore any allegations levelled against them becomes a burden unto the one who makes such damning allegations.

read more: Kwaku Bonsam disappointed in Despite group of Companies and this is the reason