Obinim names pastors in Ghana who are also ‘Angels’ 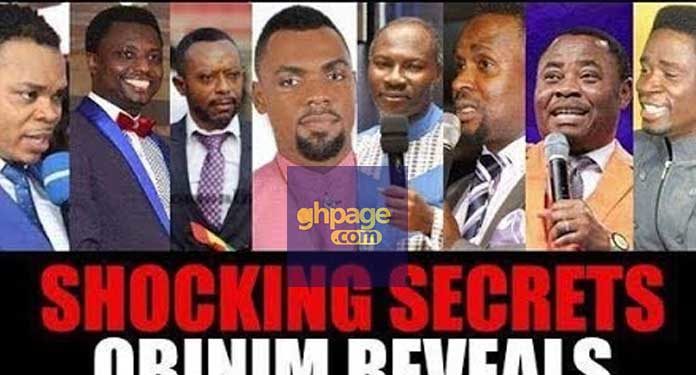 Bishop Daniel Obinim who is the founder of The God’s Way International Church has been sighted in the latest video claiming that there are several ‘angels’ in Ghana.

In recent time’s the self-acclaimed man of God also declared himself an angel, a revelation that has led to his new stage name “Angel Obinim”.

According to Obinim in the video below, he stated that he’s not the only ‘angel’in Ghana and that he can mention about 50 pastors in Ghana who are now doing ‘angelic work’; Pastor Kenneth, Pastor Ebenezer, Pastor Moses who are some of his junior pastors.

“If you have been listening to the radio and watch Television, you can testify of what I’m saying. I’m not the only in Ghana but all of them submit to me. My works are greater than theirs,” he said.

He further went on to say that though there were angels in Ghana before he was ordained as an ‘angel by God, but, theirs were just names and not as a gift they’ve received mentioning Rev Obofour, Sika Bofour, and host of others.

He cited that he was Bishop Obinim before he added the angel after he got the angelic gift making Ghanaians wonder why he suddenly obtained that name.

“I got attacked after claiming the angelic title because mine is a true gift while theirs, are, just names,” he added.