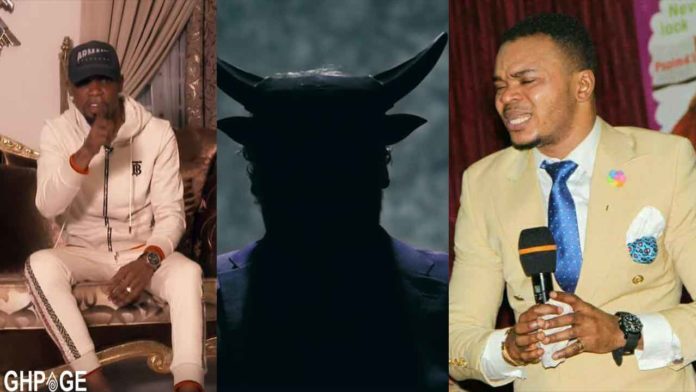 In a fresh video, Rev Obofour described the General Overseer of International God’s Way Church, Angel Obinim as a liar and satan’s nephew.

He also disclosed that Obinim lied about owning a house in Dubai and in the United States of America.

According to Rev Obofour, Angel Obinim doesn’t even have a visa to travel to the United States of America.

“You are a pathological liar, you don’t even have a USA visa but you claim you have a house in the United States. If telling lies is from the devil then you are Satan’s nephew”, Rev Obofour fired.

It’s obvious the Angel Obinim- Rev Obofour beef is not ending anytime soon as these men of God have not made up their minds to settle their differences.

Share
Facebook
Twitter
WhatsApp
Previous articleSarkodie is highest paid rapper in Africa; see how much he charges
Next articleObinim faked his own arrest in the past for hype -Rev Obofour reveals