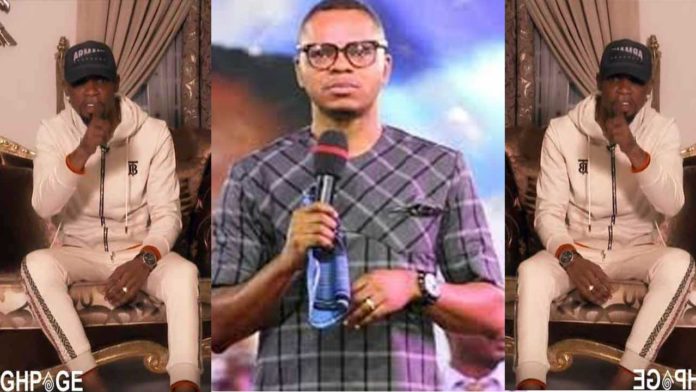 When we thought beefs are only meant to in the entertainment sector and the beef between two dancehall acts Shatta Wale and Stonebwoy was the last beef Ghanaians would ever witness in 2019.

But two of Ghana’s biggest men of God Angel Bishop Daniel Obinim of the International God’s Way Church and Rev. Obofour of the Anointed Palace Chapel just started a beef and looks like people are already enjoying it.

Some people on social media have already named the beef as “battle of supremacy between pastors”.

Well in the banter between the two men of God, Rev. Obofour has revealed that Obinim upon all his bragging of having money started seeing money in 2014.

According to Obofour in his video response, Obinim’s church had gone done prior to 2014 but through the help of some people including him, he later got his feet in 2014 after things started going well for him.

Rev. Obofour continued and disclosed that as at that time he was already a rich person because he was by then driving an Infinity car and other expensive cars but Obinim had just bought a Range Rover.