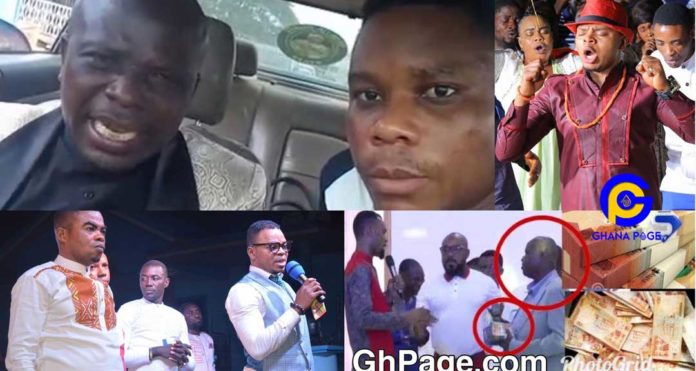 Popular Ghanaian prophet, Apraku My Daughter has described Bishop Daniel Obinim, the founder and leader of Godsway International as a Wizard who seeks to gain all honor to himself, yet he is not willing to do what will bring that honor praises to him.

But if someone has done what he was not able to do, there was no need in making noise and being upset about it. He described Obinim’s action as a typical example of a wizard and shockingly revealed that some pastors in Ghana are wizard and witches.

Apraku My Daughter who was speaking with Nana Osei Bonsu Hoahi used the opportunity to thank Obofour for giving him a car, GHS15,000, and other things.

He described Obofour as Global Angel who has been tasked to bring relief to mankind through miracles, charity, and prophecy.

During the birthday celebration of Obofour’s mother last week, the founder and leader of Anointed Palace Chapel, Revered Obofour aka Asanteman Bofour shared cars to over 30 people who came there to celebrate.

Apraku My Daughter, One Blow, Christiana Awuni and others received cars and money from the man of God. But Obofour who was not happy his junior pastor went for a car from Obofour has been upset about it since then