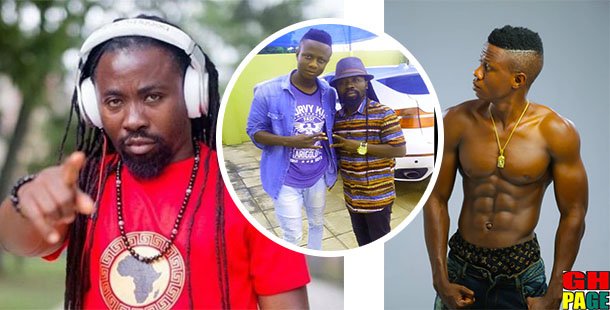 Ghana Rap Sofo Obrafour the rap legend has endorsed the Taifa based rapper, Sherry Boss as the next big thing to take over the Ghanaian music.

Sherry Boss, the rapper who broke out of his shell from Moeshe Zongo in Kumasi is now affectionately known as the “King of Rap” in Taifa.—With his rap flow and dexterity behind the mic makes his music nationally recognized.

I must say when one sits down and in the mood to hear beautiful songs with good rap punches, the first songs that comes to mind of the person is by Sherry Boss.

With his hit Songs such as “Akwadaa Bone”, “fireworks” with Strongman and “rap overdose” with Medikal were bangers and timeless songs with good rap flows and punches which reflect in various forms and received massive airplay.

The fast-rising act Taifa based rapper Sherry Boss is the talk of the town when it comes to rap and has now been endorsed by the legendary rap artiste and Ghana rap sofo, Obrafour.

In a video, posted on youtube, Obrafour is seen telling everyone and pointing to Sherry as the next big thing.

“If you see this guy, you for greet am o because; tomorrow …You know what I am talking about”He added

And below is rap overdose by Sherry Boss ft Medikal