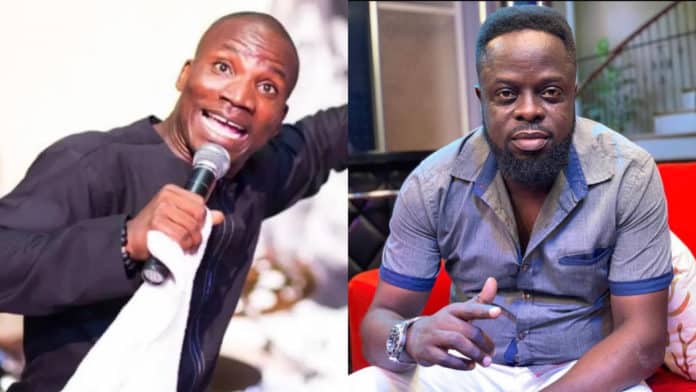 His comments come on the back of the “Otoleege” hitmaker’s assertion that gospel artists in Ghana do foolish songs. In an interview on Onua TV, Ofori Ampaonsah had said that recent gospel songs instill fear and sorrow in consumers while secular music inspires and encourages.

On the back of that, Francis Amo reacted angrily by stating that Ofori Ampnsah wanted to revive his dying career by disrespecting gospel artists. According to Mr. Amo, Ofori Amponsah will be judged by God for disregarding the work gospel musicians have been tasked to do.

Ofori Ampinsah would bring curses on himself for attacking gospel musicians because gospel music was sacred and ordained by God.

“Thou shalt not judge; I am powerless to do so; however, God will judge him for saying such.” That is, assuming he actually said it. Perhaps he wants to resurrect his career. It’s possible he’s doing it for attention.”

“There are things in the spiritual realm.” You will bring curses on your family and generations if you do so. Because of this statement, he’s seeking trouble for his family.

“Gospel music is sacred, and it must be treated with reverence. Many individuals have been cured and motivated by the efforts of Elder Mireku and apostle Paul Oko Hackman, whom Ofori refers to as “dumb songs.” “He doesn’t understand spiritual matters,” Francis Amo said.