Ofori Amponsah is bigger than you – Ayisha Modi tells Stonebwoy 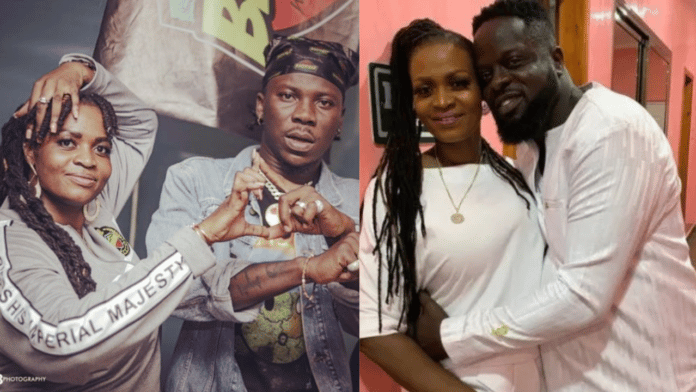 At the moment, there’s a brewing beef between Ayisha Modi and Stonebwoy following the musician’s interview with Nana Romeo on Accra FM.

Addressing the wild claims that he parted ways with Ayisha Modi on a bad note, Stonebwoy emphatically stated those reports are not true.

He added that he holds no grudges against Ayisha Modi but as we all know, some people can pose to be people they’re not on the internet just for public validation.

To wit, what Stonebwy meant was that Ayisha Modi wasn’t her manager nor the one who brought him to the limelight as she has always claimed.

Apparently, Ayisha Modi is infuriated with how Stonebwoy discredited her on live radio reason she has gone berserk on the internet.

According to pained Ayisha Modi, Stonebwoy shouldn’t forget that she was there for him when no one else believed in his talent.

She described Stonebwoy as an egoistic-ungrateful person who throws his helpers into the dustbin after using them.

In her rebuttal, she ignorantly bragged that even her ex-boyfriend, Ofori Amponsah is much bigger than him hence he should be self-effacing.

Take a look at the video below to know more…

The “game” has just begun and we are certain that in the next few days ahead, Ayisha Modi will go all out on Stonebwoy in a very aggressive and untamed manner.