Ofori Amponsah became a Pastor because of the ‘offering’ – Kofi B 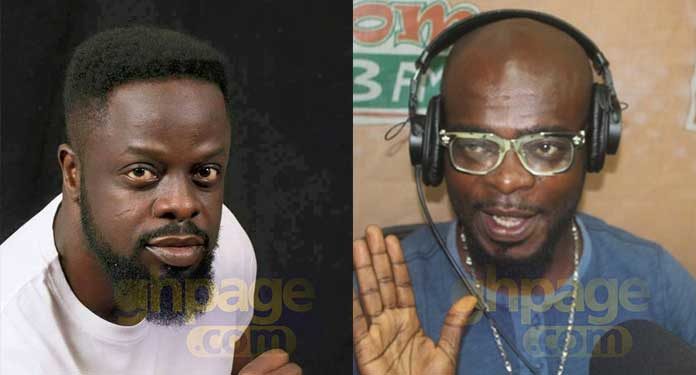 Ghanaian highlife sensation, Kofi Boakye who is popularly known as Kofi B has made a shocking revelation about colleague artiste, Ofori Amponsah becoming a Pastor.

Kofi B said he laughed when he heard Ofori Amponsah had become a pastor, adding that he predicted the church his colleague established will not last.

Read also: I can host all Shatta Wale fans in my house – Kwaw Kese

According to the ‘ Bantama Kwasi Boakye’ hitmaker, the only reason Ofori Amponsah became a Pastor was because of the ‘offering’ he would get from his church members.

Kofi B added that there was no way Ofori Amponsah was ordained by God and established his church out of frustration.

Read also: “God Did Not Call Me To Be A Pastor; Broken Heart Led Me Into It” -Ofori Amponsah Finally Admits

He made this revelation in an interview on Adom Fm’s Ofie Kwanso Show.

“I laughed when he said he had become a pastor. He was after their offertories and tithes. I met one of his members and dared him that if the church lasted for more than a year, he should come for money,” he told show host, Jerry Justice.

Read also: No Highlife Artist Will Outshine Me This Year – Ofori Amponsah

It could be recalled that in 2012, he announced that he was called by God and not going to do’secular music’ again.

The Highlife artist went on to start his own church. He later released a couple of Gospel songs as Pastor Ofori Amponsah. He later warned people to stop playing his song because they are ungodly.

However, Ofori Amponsah made a sharp U-turn by recording a secular music while running his church coming under several attacks for living a dual life and later stressed that Ghanaians should forget about his pastoral ministry since his ministry is to preach love to the world.

Akuapem Poloo to be banished from her home town

The traditional ruler of Mampong Akwapim Apesemankahene; Nana Yirenkyi I has reacted to the viral unclad photo of Akuapem Poloo and her...
Read more
Entertainment

Funny Face has been through hell for the past two months and it appears to have ended. The popular comedian has found...
Read more
Entertainment

Akuapem Poloo has refused to honour our invitation – CID

Stephanie Victoria Allen known professionally as Stefflon Don has in a post on her Instagram page celebrated her boyfriend and Nigerian megastar Burna...
Read more

Some ladies will do anything to survive including doing ridiculous and absolutely shameless things to just because of peer pressure.
Read more
Lifestyle