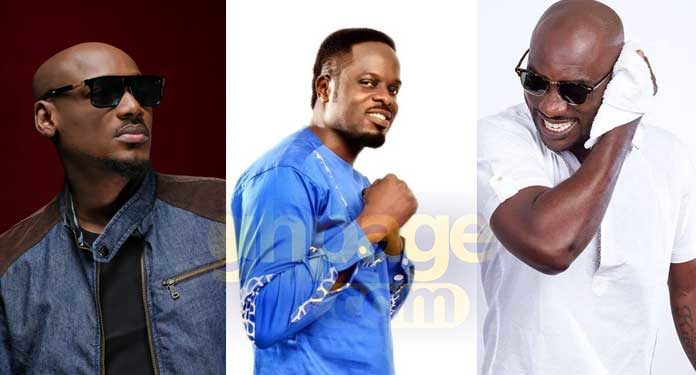 Known for co-producing 2Face’s smash hit ‘See Me So’, Kwabena Kwabena’s ‘Bue Kwan’, Ofori Amponsah, Tinny, KK Fosu’s ‘6’Oclock’ music producer Sede3 says, with the exception of the former, he wasn’t paid for the production, has received little or no appreciation for the work done.

Speaking in an interview with Andy Dosty on Daybreak Hitz on Hitz FM, Sede3, also known as Sidi revealed that, he hasn’t been paid for more of the hit songs he has produced especially those mentioned above.

Read also: DJ Switch caught in a serious dance battle with her headmaster

According to Sidi, after producing the songs, he goes into a two-way agreement with them that either they pay him outright or when the song becomes successful, they then pay him.

“actually it wasn’t supposed to be for free but I was thinking that they would come back and say okay ‘Kwame this is what you have done for me and this is what I’m supposed to pay you for’ but nobody came back to say anything or give me something.”

Narrating how it all happened, Sidi explained that when he started off as a producer, he was so excited about what he does and therefore want people to see his work without looking at the business aspect of it.

Read more: Stonebwoy has not paid me for ‘Mane Me’ beat – Producer cries out

“When you start growing up you notice those are the mistakes that you did,” he said.

“From the beginning, we produce for people like this expecting them to at least, come back and say [thank you],”

Explaining 2Face’s production, Sede3 explained that he didn’t have a contract with [2Face] but he got something small from producing that song.