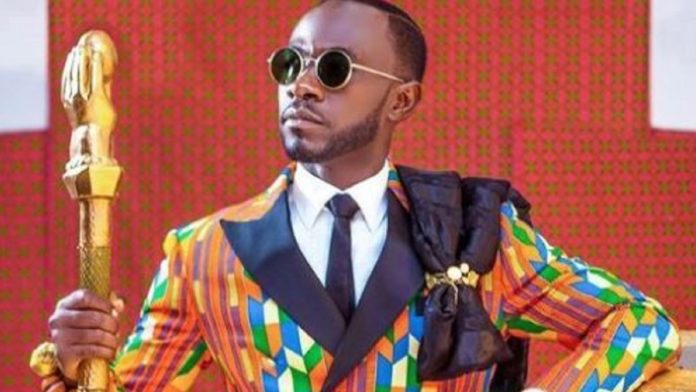 The “Made in Ghana” hitmaker schooled Prophet Badu Kobi on why Ashanti women are courageous and fight for what rightfully belongs to them.

Okyeame Kwame explained that when the Ashantis migrated from Niger through, Mali, Kpong, Brong Ahafo and finally to their current location, they were lead by brave Ashanti women.

This according to him is the reason why Ashanti women are held in high esteem with respect in the Ashanti Kingdom.

In reacting to Prophet Badu’s comment about Ashanti women fighting for properties, Okyeame Kwame explained that women fight for properties when their spouses die and the family wants to keep all the properties for themselves leaving her and the children penniless.

He added that most Ashanti women help their husbands in acquiring these properties so they wouldn’t allow some family members to take from them what they have worked hard to acquire.

Okyeame Kwame added that Prophet Badu Kobi’s claim about Ashanti women being materialistic is not true.

According to Okyeame Kwame, Ashanti women are mostly the breadwinners of the family and are very supportive of their husbands.

Okyeame Kwame further advised the founder and leader of Glorious Wave Church International to apologize to all women for his comments.