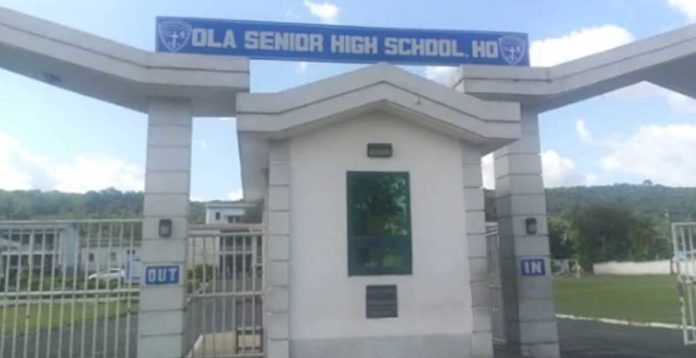 Students of Our Lady of Apostles Girls Senior High School located in Ho in the Volta Region who were caught drinking alcohol in class have been identified by the school authorities.

According to the authorities, six of them were final year students who sat for the West African Senior Secondary Certificate Examination (WASSCE) held recently.

They also disclosed that the students pleaded with the school and the disciplinary board after admitting their mistakes and were later set free.

The headmistress of OLA Girls’, Madam Regina Coffie spoke against the indecent behaviour of the students.

“This is a Catholic School, and so the Catholic culture of discipline must prevail on campus at all times”, she stated.

Just recently, students from OLA Girls’ were seen in a video which went viral drinking alcohol (Kpoo k3k3) in class in their ‘check’ uniforms.

The students who looked very excited gulped the entire bottle as they shared the drink among themselves.

This video received massive backlash from Ghanaians who called on the authorities of the school to punish these girls according to the laws of the school.